While NBC shooes Megyn Kelly away, Al Roker and Tamron Hall are seen hanging out

The duo, who were ushered out the door at NBC to make space for the now-sacked "Today" show host, were caught in a good space 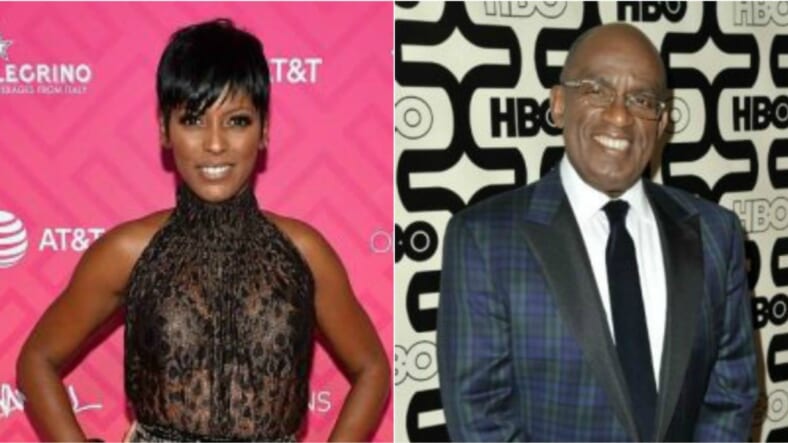 As reports start to surface that Megyn Kelly will not be returning to the Today Show and could possibly be out at NBC altogether, one name that has come up a lot this week while talking about Kelly is Tamron Hall.

It was the veteran NBC and MSNBC anchor who was bumped from the Today show — and eventually left NBC as Kelly’s hiring was imminent. In the year since, Hall has worked on a number of projects and is set to start a new show on ABC next year.

Last night, however, she was hanging out with her former Today Show partner Al Roker in New York City where they reunited following a performance of the musical Waitress. Roker made his Broadway debut as a diner owner earlier this month in the musical and Hall showed up to show support.

“Smiling ear to ear tonight after seeing @alroker light up the stage in @waitressmusical!!” Hall said under an Instagram photo of the two smiling from ear to ear. “Bravo to the entire cast. What a show and yes Mr. Roker sings!!!!! True #icon. Blessed to know you sir.”

That the photo comes as Kelly is being hustled out the door at NBC’s Today definitely raised a few eyebrows — and smiles online. Hall was the first Black woman to anchor Today and the 9 a.m. hour of the show was seeing a steady rise in ratings when she and Roker were replaced by Kelly.

The day after the blackface comments, Roker went after Kelly on the Today show.

‘The fact is, while she apologized to the staff, she owes a bigger apology to folks of color around the country because this is our history, going back to the 1830s,” he said.

Smiling ear to ear tonight after seeing @alroker light up the stage in @waitressmusical !! Bravo to the entire cast. What a show and yes Mr. Roker sings!!!!! True #icon. Blessed to know you sir.