The gunman who had previously been arrested for grabbing women, killed himself before authorities make an arrest 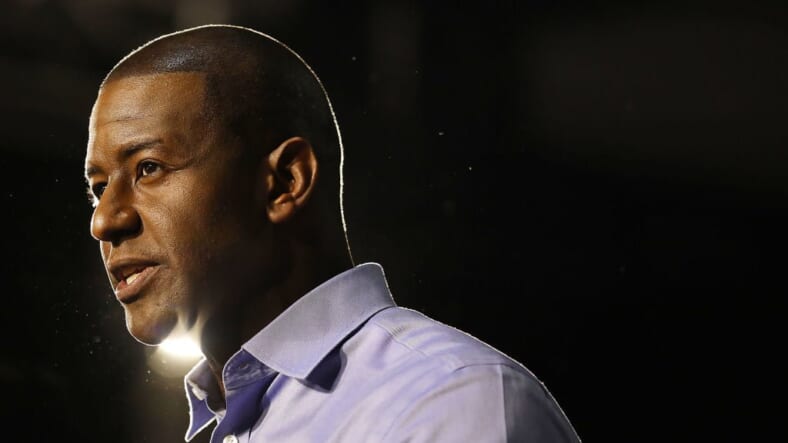 Mayor Andrew Gillum says he’s indefinitely suspending his campaign for governor in light of a fatal shooting in Tallahassee at a yoga studio on Friday, reports the NewYorkDailyNews.com.

Beierle, who reportedly had a history of arrests for grabbing women, died from a self-inflicted gunshot wound following the shooting, said Tallahassee spokesperson Alison Faris.

“I’m deeply appreciative of law enforcement’s quick response to the shooting at the yoga facility in Tallahassee today,” he tweeted Friday. “No act of gun violence is acceptable. I’m in close communication with law enforcement officials and will be returning to Tallahassee tonight.”

“No act of gun violence is acceptable,” Gillum added. “I’m in close communication with law enforcement officials and will be returning to Tallahassee tonight.”

Earlier in the day, Gillum was with former President Barack Obama during a campaign rally. As noted by NewYorkDailynews.com, the gubernatorial candidate is locked in a tight battle with his Republican opponent and staunch Trump supporter Ron DeSantis.

“It reminds us that these occurrences are far too frequent and often times render us speechless as we try to figure out what’s going on what happened and why,” Gillum said after the tragedy, while standing across the street from the plaza where the shooting occurred. He met victims injured in the incident, including a woman who had been shot nine times and another who had a bullet pass through her body, according to the Tallahassee Democrat.

Dr. Nancy Van Vessem, 61, and Maura Binkley, 21, were killed in the shooting.

Gillum encouraged the citizens of Tallahassee to continue to show love and support as investigators determine what led to the shooting.

“It’s my sincere hope that we’ll all reflect on why that might be,” he said. “But in the immediate term would ask that the community continue to lift up the victims.”