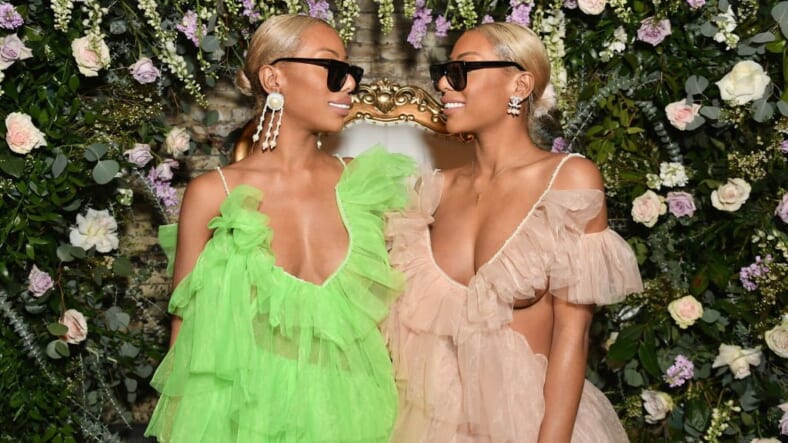 Former Bad Girls Club star Shannade Clermont, 24, pleaded guilty Thursday to racking up tens of thousands of dollars in debt on credit cards belonging to a man who died of an overdose following their “prostitution date,” authorities announced.

“Let your Instagram followers know!” said the victim’s sister, who declined to give her name, New York Daily News reported.

According to the publication, Clermont pleaded guilty to one count of wire fraud in Manhattan Federal Court. As part of her deal, prosecutors want her to spend at least 18 months in prison.

“I knowingly and willfully executed a scheme to defraud,” Clermont said, adding that she “used stolen credit cards.”

Many on social media have accused Clermont of defrauding her victim(s) in order floss an inauthentic lavish lifestyle and fake the front on Instagram. Clermont and her twin sister, Shannon, share the IG account “Clermont Twins,” and have 937,000 followers.

Clermont allegedly stole debit card information from a gentleman she visited for a prostitution date in his Manhattan apartment. When he died of an overdose, Clermont used his identity to make $20,000 in fraudulent purchases,” Manhattan U.S. Attorney Geoffrey Berman said.

“She has now pled guilty to fraud and faces time in federal prison. This case demonstrates that in reality, those who commit debit card fraud will be prosecuted to the fullest extent of the law.”

Authorities said that the man, who was not identified by prosecutors, died on Feb. 1, 2017, in his apartment. Investigators learned Clermont had visited him the previous evening where she stole two debit cards from his wallet.

She reportedly used the cards to “pay her rent and phone bills, purchase flights, and make several online purchases of thousands of dollars of clothing and other merchandise,” authorities said.

A family friend of the victim was stunned Clermont wasn’t immediately hauled off to jail after her plea.

“They’re not locking her up today?” the woman asked before chanting “lock her up, lock her up.”

Clermont’s attorney said that she was “certainly not responsible” for the man’s overdose death.

“This is a sad day for Shannade. She’s certainly remorseful for her conduct,” Lichtman said.

The victim’s sister yelled back “sad day for you? It’s a sad day for me!”