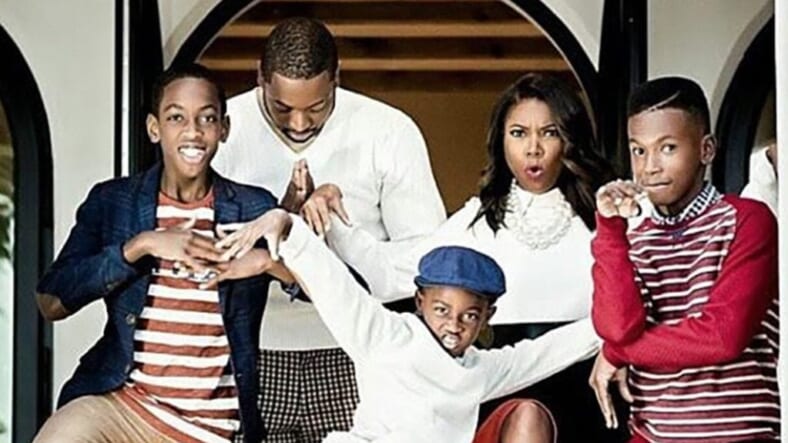 Gabrielle Union and Dwyane Wade shocked the internet last week by announcing on social media that they had recently became new parents to a baby girl—and apparentely it has been a pretty interesting adjustment.

“So perhaps I haven’t showered or brushed my teeth or slept, but I’m in heaven,” Union posted on her Instagram Stories. “I stink but I’m happy. Cuddle Time. #WadeWomen.”

The couple became the parents of a baby girl through a surrogate and kept the pregnancy secret until revealing the birth last week.

They posted the first batch of photos one day after the baby arrived, but have not revealed what the girl’s name is. Wade, who is playing his final NBA season with the Miami Heat before retirement, has taken time away from the team for paternity leave.

“With my daughter coming a couple weeks early, she’s a little tiny right now, so we’re making sure health-wise that she’s OK,” Wade told the Associated Press. “And for me, once I leave and go back to the season, not really being able to be with me everywhere I go, this time right now, this bonding moment with my daughter is the most important thing in my life at this time.”

Wade has missed the Heat’s last four games and will miss at least three more.

“Our situation is different,” Wade said. “The world expects moms to take time off from work. They never expect dads to be the ones who take time away.

“Because of the route we took to this, it’s important that not only my wife but also me take this time,” he added. “I was going to take the whole year. I was going to retire this summer. But I decided to just take a little time in between instead.”

Gabrielle Union has spoken often about her struggles in having children, revealing in her autobiography that that she’s had “eight or nine” miscarriages.