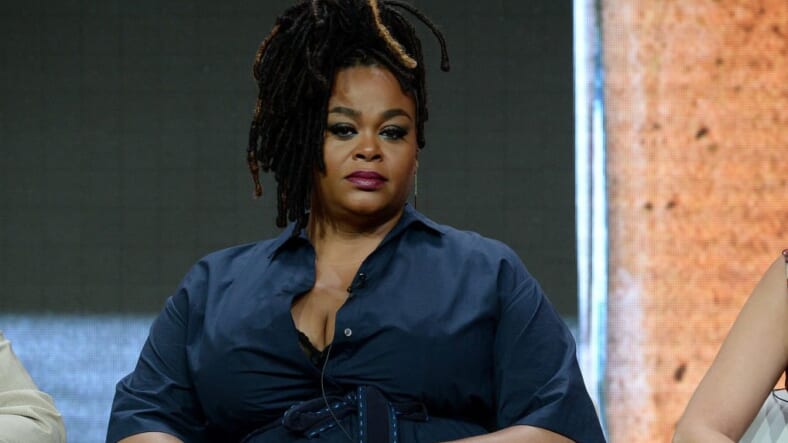 On Tuesday morning, a video of the 46-year-old singer/songwriter surfaced from a recent concert and went all-the-way viral for what Jill is pretending to do to a man. Using the mic as her prop, the singer took the performance to a whole ‘nother level, singing and acting and, um, watch the clip.

Fans in the audience appear to be enjoying the show and cheering her on.

Across social media, where the singer began to trend, there was plenty of reaction.

“Bruh, why is Jill Scott sucking air d—,” asked a user named Tony, who has the @SoLyrical handle.

“The shock that Jill Scott is sexual in her performances from people who owe their existence to her first album is gonna crack me up all day,” Mikki Kendall tweeted.

“Is Jill Scott doing any meet & greets? Asking for a me,” pondered “Florida man” who has a @WWEBigE handle.

To set the record straight, the singer herself also weighed in what people can expect from her live performances.

As for where fans can next see the Grammy winner and actress, Scott will star alongside comedian Michelle Buteau and Ryan Michelle Bathe in First Wives Club, Paramount Network’s dramedy based on the popular 1996 film of the same name. The 10-episode series hails from Girls Trip phenom Tracy Oliver.

According to Deadline.com, Scott’s character Hazel is a music superstar who has lost her confidence and her star in the spotlight.   for years. When she realizes her husband (Malik Yoba) has been unfaithful in both business and their marriage, she’s forced to find a new path forward.