The actress turned producer has several projects lined up. 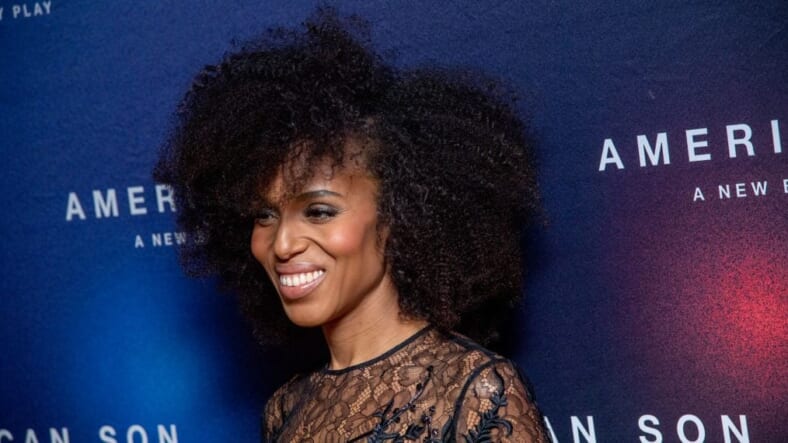 Kerry Washington has a ton of projects in the works, and she just landed the leading role in an upcoming film directed by Eva Longoria.

The Scandal alum will be the leading lady in 24-7, a comedy that’s reminiscent of Dolly Parton’s iconic film, 9-5. Washington will executive produce the film that centers on “a group of women accountants who band together against a group of male co-workers to solve a fraud case that will save their jobs.”

Aside from 24-7, Kerry Washington has several gigs lined up on the big and small screens. She’s set to star in and produce Hulu’s Little Fires Everywhere alongside Reese Witherspoon and she’s gearing up to take the lead in the TV adaptation of the graphic novel, Old City Blues for Hulu.

According to The Hollywood Reporter:

Little Fires Everywhere is set in the year 2048 and is set in New Athens, on the ruins that once was known as Greece but is now crawling with high-tech criminals including smugglers, drug dealers and corrupt politicians and powerful corporations. The potential series revolves around Solano, Thermidor and the rest of the New Athens Special Police to keep the city in check after the cyborg founder of a tech company is found dead.

Kerry Washington is also working on developing a comedy series for ABC that has already nabbed Leslie Odom, Jr. to play the lead. The project is in development and “revolves around Leslie and Hope, who are joint pastors at a young, hip, diverse church in Los Angeles. Through their services, online streams and books, they are experts at uniting people across different races, genders, orientations and opinions. But when it comes to uniting the people in their blended family, they are way out of their comfort zone, and as a result, the teachers often find themselves the pupils,” according to THR.

“Kerry Washington is one of the most formidable artists of my generation. We’ve been searching for the better part of two years to find an idea about which we both felt passionate enough to dedicate ourselves. I’ve gone to Touré’s church for over 15 years. He is a unique, contemporary, and very necessary voice. We are thrilled that ABC is allowing us the opportunity to bring Touré and Sarah’s modern views to an even wider audience in what will be a joyful and hopeful 30-minutes every week,” Odom said in a statement.

Looks like Kerry Washington fans have a ton to look forward to in the new year.