It was outpaced by the Disney's highly anticipated animation sequel, Ralph Breaks the Internet 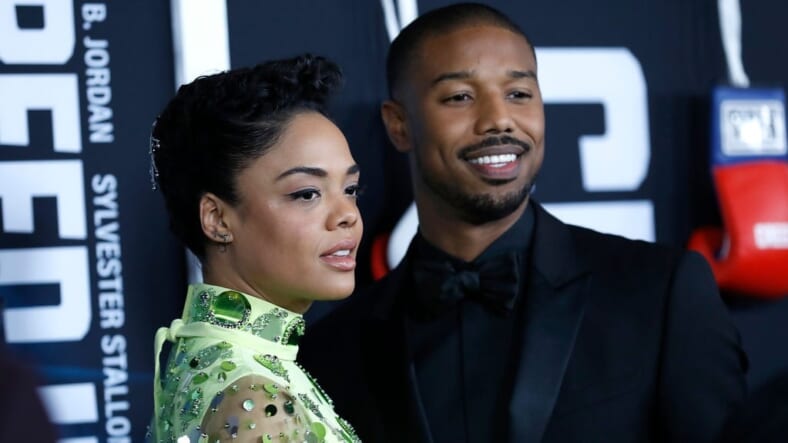 Even though it came in at No. 2, Creed II opened strong over Thanksgiving weekend, with a box office debut of $55.8M across 5 days.

The sequel to the 2015 original, which reunites stars Michael B. Jordan, Tessa Thompson and Sylvester Stallone, dominated the box office along with Disney’s Ralph Breaks the Internet. The animated sequel starring John C. Reilly and Sarah Silverman took the top spot with an estimated $84.5 million for the 5-day holiday weekend. The original, Wreck It Ralph, bagged $49 million over its first three days of release.

According to early weekend estimates, the massive domestic debut Ralph Breaks the Internet is the second best Thanksgiving opening of all time behind fellow Disney Animation feature Frozen ($93.6 million).

Creed II serves as the eighth installment in the Rocky film series and centers on the son of heavyweight champ Apollo Creed. Stallone reprises his role as Rocky Balboa. The original film grossed over $55 million.

“It’s a thrill to see both its legacy and new generation of audiences continue to respond to Rocky Balboa and Adonis Creed in this time when we need uplifting stories,” said Joanthan Glickman, president of MGM’s motion picture group.

During an interview with screenrant.com, Jordan was asked if his boxing style in the movie was inspired by anybody past or present?

“Yeah, we looked at Charles “Sweetpea” Whitaker,” he said. Yeah, he was someone that I was looking at. Timothy Bradley was another guy, character that we were thinking about when we did the first Creed. Sweetpea, Tim Bradley… I think those two. It was a mixture of those two. And of course his pops. Of course Apollo. Those were the three that we looked at.”

Creed II and Ralph Breaks The Internet have been a hit with critics and audiences. “Ralph” has a 86% score on Rotten Tomatoes while “Creed II” holds a 82% score.

Overall, the 5-day Thanksgiving weekend brought in over $300 million domestically, according to Comscore.