"She'd be so proud of this ongoing discourse around #blackgirlmagic and Black excellence and people activating what's already in them and taking the charge of being proactive. 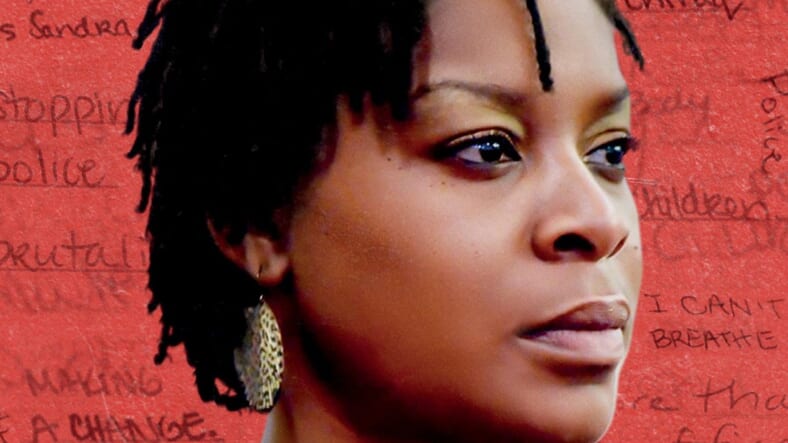 It has been three years since Sandra Bland’s tragic death in a Texas jail cell after she was arrested during a traffic stop. Bland died three days later and her death was ruled a suicide by authorities. To this day, the details surrounding her death still remain a mystery. Many want to know what would cause a politically active, 28-year-old woman to allegedly end her own life in jail. Bland’s family refuses to stop searching for answers about what really happened and is committed to fighting “outrage fatigue.” The phrase, “outrage fatigue’” was coined to describe the modern-day feelings of countless Americans fed up with senseless violence that continues against unarmed African Americans.

EXCLUSIVE: Sandra Bland’s sisters discuss new HBO documentary and why they are still fighting for answers

Sandra became a household name after her story gained traction with the help of the hashtag, #sayhername. The movement seeking justice for all gone too soon grew even stronger as people became familiar with her story. During the Bland’s sisters visit to theGrio, the sisters spoke on what they hope people take away from the upcoming HBO documentary, Say Her Name: The Life and Death of Sandra Bland, and her pride for the Black community. 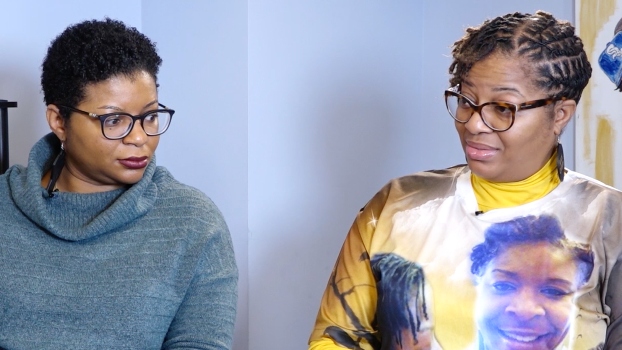 Demetria Irwin:  With this documentary what do you want people to take away from it or what do you hope will happen as a result of it being out there in the public?

Shante Needham: What I would hope is that people would get to know who Sandra really was. I think the documentary does an awesome job with the beginning through the end. If you had ill thoughts or opinions before watching the documentary, I think the documentary basically puts you in your place and lets you know who Sandy was. And after watching the documentary and seeing what took place, I would only hope that people would activate what’s already in them. All of us have something that’s in us to do whatever it is. Whether it’s reading some laws and trying to get them changed; or writing elected officials or going to their offices and sitting there and demanding to speak with them or calling or helping the protests or whatever the case may be. We all have something in us and I will hope that we can all just come on one accord [and] activate a tragedy is law change so that it won’t be another Sandra bland.

Demetria Irwin:  I didn’t have the pleasure of knowing your sister personally but from what I saw from her massive digital footprint as you put it, this was a tall, vivacious charismatic person who was very into pop culture. Since the three years she’s been gone, what do you think she would have loved that’s out right now? Would she have been into Black Panther?

Shante Needham: Oh my goodness, yes! Anything that was for Black power, she was absolutely for it. Literally. I think if she was still here, she would be protesting or probably be going to those new Black Panther meetings. She was very pro-Black. Yes, she wanted to unite everyone but she wasn’t confused about who she was and where she came from.

Sharon Cooper: I think she’d be so proud of this ongoing discourse around #blackgirlmagic and Black excellence and people activating what’s already in them and taking the charge of being proactive. What I’m really enjoying about this next wave of activism quite frankly is I think that for a while, we’ve been waiting on the next Malcolm X, the next Martin Luther King, Jr., the next Rosa Parks. I feel like we’ve been waiting for these people to do these grandiose acts and it’s been the small things and connecting communities that I believe that she was so much trying to do. Despite the fact that people may be exhausted and tired which is rightfully so, I think that she would have been right out there doing those same things and figuring out a way to be strategic in trying to move forward change.

The Say Her Name trailer shows that the documentary will give a glimpse of who Bland really was and humanizes her. The documentary will likely be vital to propelling the fight for better policing and accountability for all; including police. Often times, people slain by police are dehumanized to justify the brutal killings and inhumane treatment of people of color. Bland’s death has already led to more awareness amongst Americans of what it is really happening in society, particularly to people of color. Her time was cut short, but her death is creating a legacy that will include change sparked by her of how people of color are treated by police.

Make sure to check out the HBO documentary on Monday, December 3rd.