Perry is definitely on the nice-list this year. 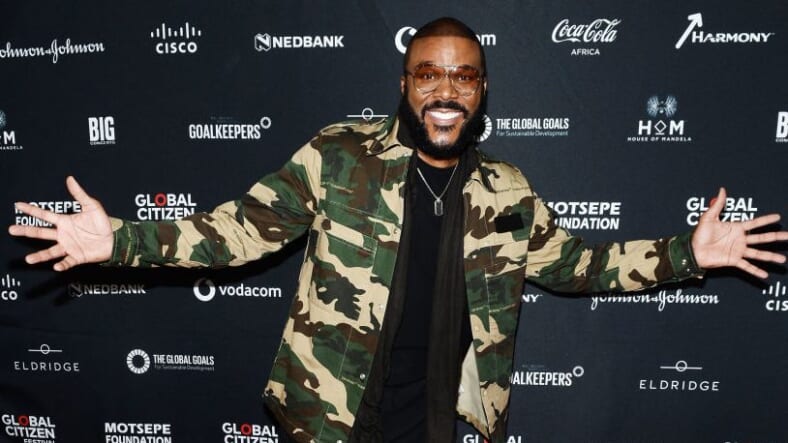 Tyler Perry just made the holidays a lot easier for tons of families, proving he’s this year’s ultimate Black Santa.

According to reports, Tyler Perry dropped more than $430,000 paying off items on layaway at two Walmart stores and we can’t wait to see what happens when the families who benefitted from his generosity find out about his good deed.

Perry reportedly paid off ALL of the outstanding items on layaway at two Walmarts, dropping $178,000 at an Atlanta store and $256,000 at a Douglasville location.

Tyler Perry planning end of Madea movies: ‘It’s time for me to kill that old bit*h’

When the customers show up to pay for their items, they will only owe a penny to pick them up.

The multi-talented content creator revealed his plans to get rid of Madea once and for all during a recent interview with Bevy Smith on Sirius XM.

“This is it,” he said on Bevelations on Monday. “It’s time for me to kill that old bitch. I’m tired!”

According to Tyler Perry, Madea will make her final bow in the upcoming film, Tyler Perry’s a Madea Family Funeral, due out in March. The flick will be the eight film from the Madea franchise and the eleventh time the character has appeared on the big screen.

Although Perry insists he will be retiring Madea from the big screen, she won’t disappear all together. He’s planning to take the character on a “farewell” stage tour that will feature a few characters and actors from the films.

Perry also revealed he has no plans to take his talents to Broadway.

“My thing with Broadway is that you got to do the exact same thing every night, the exact same way. That wouldn’t work for me,” he explained. “I’d piss off all the producers. I’d be like, look, we gotta do something different.”