She's taking her talents to an HBCU. 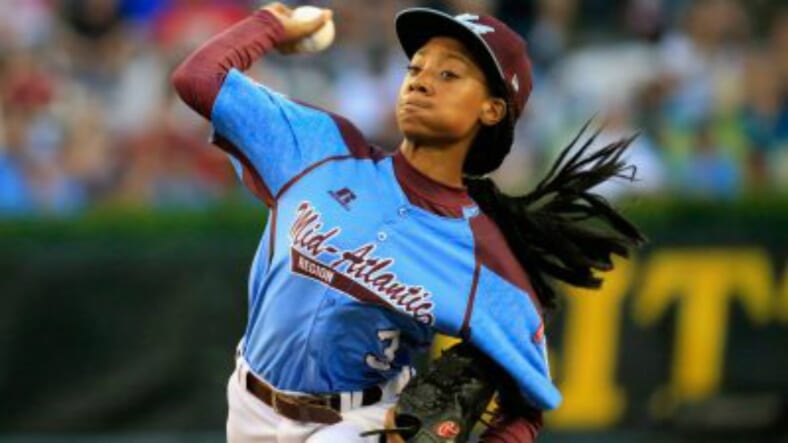 #BlackGirlMagic is on full display courtesy of Mo’ne Davis.

You may remember Davis’ from headlines in 2014 when she became the first female(and first Black girl) pitcher to take her Little League team all the way to the World Series. She also nabbed the cover of Sports Illustrated, making her the first Little Leaguer to do so.

Now, the sports phenom who also excels at basketball has committed to Hampton University where she will hang up her pitching arm to play middle infielder.

Since her rise to fame, Mo’ne Davis has starred in a commercial directed by Spike Lee, thrown out the first pitch in Game 4 of the 2014 World Series, and her jersey in hanging in the Baseball Hall of Fame. Not too shabby, huh?

Mo’ne Davis had her pick of schools, but reportedly settled on Hampton because of their stellar communications program. Despite her star-athlete status, don’t expect her to bring any diva behavior to her new team.

“I know she doesn’t want it to be about her, and neither do we…We want her to have a great experience and be like everybody else,” Nicholson continued.

We can’t wait to see what this young superstar has in store for us.