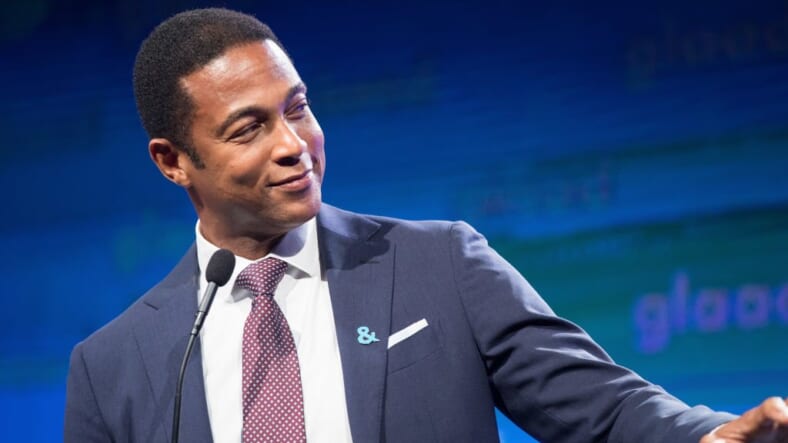 CNN’s Don Lemon rang in the new year once again with his wild and entertaining on-air antics during the network’s New Year’s Eve coverage from New Orleans.

As reported by aol.com, it wasn’t long before the #DrunkDonLemon hashtag was born on Twitter, where users posted footage of the jovial journalist singing, dancing, cradling puppies and getting lit while reporting live.

“Everyone wants to see Don Lemon get lady lit!” he told Baldwin.

“What number are we on?” she asked as he drank from a plastic cup and gave Tito’s a shoutout, Yahoo reports. Lemon admitted that he stopped counting.

“Don Lemon fried out here,” one Twitter user wrote. Another praised the anchor for “living his best life.”

New Orleans’ local paper, The Times-Picayune, questioned Lemon’s drink of choice as his broadcast began, “Is that a beer already @donlemon?”

“I’m not drunk, but whatever,” Lemon noted before quickly changing topics, asking Baldwin: “So listen, do you like Mexico?”

—Former backup singer of R. Kelly says she witnessed him having sex with underaged Aaliyah-—

Comedian Dave Chappelle also appeared via satellite from Yellow Springs, Ohio, and he was asked by Cohen about Kevin Hart stepping down from hosting the Oscars.

“I was afraid you were going to ask me about that,” Chappelle said. “Kevin Hart is a great comedian and I’m sorry he won’t be hosting the Oscars.”

When asked if he would be interested in the hosting gig, Chappelle replied, “If they’re mad at Kevin, I think they’d be untenable if I did it.”