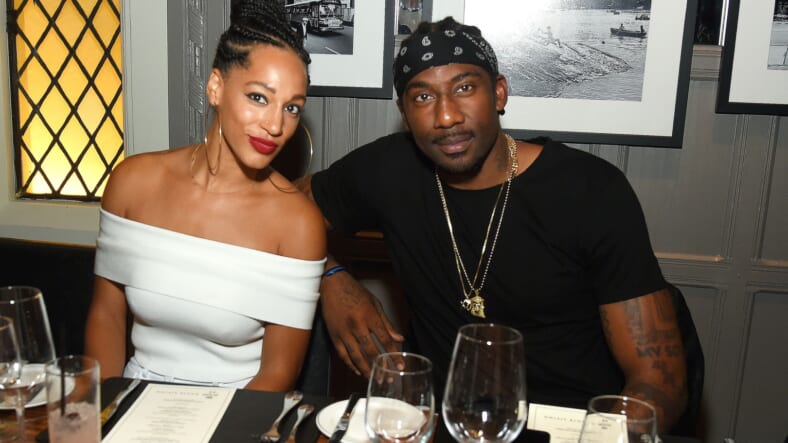 Former NBA star Amar’e Stoudemire is calling it quits with his wife of almost six years, as he has reportedly filed for divorce a little over a year after his secret love child was exposed.

According to court documents obtained by The Blast, Stoudemire initiated a petition for dissolution of marriage against Alexis Welsh. The former couple began dating in the early 2000s and wed 2012. They share four kids together: Ar’e, Amar’e Jr., Assata and Alijah.

It was previously revealed that Stoudemire fathered a child with Florida woman, Quynn Lovett . They battled it out in court over paternity and child support and eventually settled in October 2017 once a DNA test confirmed that Stoudemire was indeed the father.

After a lucrative 15-year NBA career, Stoudemire retired and played a season in Israel where he won a league title. He was back at it stateside last summer when he signed up to play with the Big3 and was later asked about an NBA comeback. Here’s what Stoudemire said on CBS Sports’ Reiter’s Block:

“I am. I am. I’m definitely planning on (coming back). I’ve been training like you wouldn’t believe, my body feels great. I had an amazing year last year playing overseas and so I’m gonna definitely continue to work my way back to top shape and see if there’s a team that needs my talents.”

—Check out  Ezekiel Mitchell, the only Black bull rider at elite level—

Last summer he told TMZ that he was certain he’d be on the NBA roster in 2018.

“I think now being back with the BIG3, they can see I still got it,” Stoudemire said. But he also reportedly noted that he’d make a return to the Israeli Hapoel Jerusalem basketball team if he didn’t secure a position in the NBA.

Stoudemire played for the New York Knicks and Phoenix Suns among other teams during his impressive NBA career.