Kelly Price and her co-stars revealed how Cornelius inspired their careers. 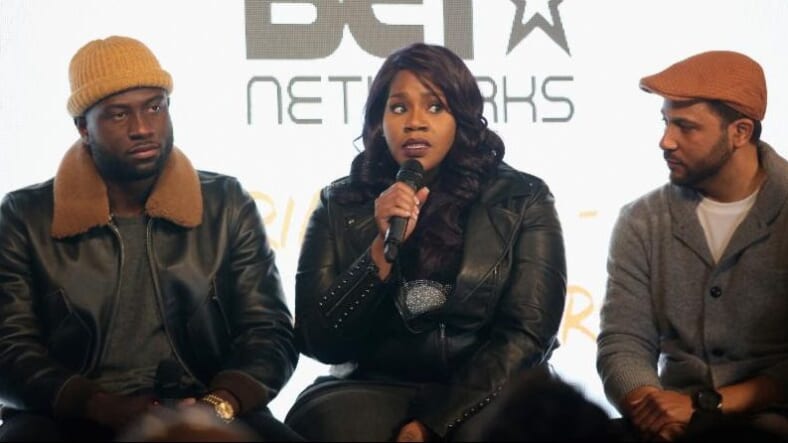 We’ve been dying for BET to premiere its new series American Soul, which chronicles Don Cornelius and his journey to build what would become the iconic series, Soul Train and we got the first look during an intimate event at the Sundance Film Festival.

Directed by writer and producer, Devon Greggory and Jonathan Prince, the two casted Sinqua Walls (Shawn from STARZ Power) to take us on the journey of one of the most impactful shows and influential person in the Black community.

Writer, director, and producer, Devon Greggory sat down with Jonathan Prince, Sinqua Walls, and Kelly Price for an intimate conversation presented by The Blackhouse Foundation in Park City this week.

“What ‘Soul Train’ did for me, it was to make me believe that someone who looked like me could achieve a level of fame, fortune, and success that I didn’t find in the hoods of Florence, Alabama. It just wasn’t there for me,” said Greggory.

“So in doing that, it was a piece that helped energized me to go on and follow the dreams that I had…Sleeping in my car , going to USC , trying to struggle and do everything I can to make this dream come true. Don did not realize what he was doing in 1970 when he started this in Chicago. He did not realize that he was inspiring a generation of young Black men and women to go on and do be more than they ever were told that they could be.”

Greggory insisted that if not for Soul Train, America would not view us or give us the opportunity to be viewed in the way we are today.

“There are still challenges but [I] guarantee you those challenges have been made lighter and brighter because of Don Cornelius and what he did,” he said.

Although Cornelius was a public figure, many parts of his life remain a mystery. While transforming himself into Cornelius, Walls revealed he had help from Cornelius’ real-life son, Tony Cornelius, and learned there was more to the host and producer than he presumed.

“I didn’t know that he had such an extensive boxing background and also that he was on the verge of becoming a pro boxer. That was something that Devon laid on me that’s not research thats out, that’s something that Tony Cornelius told me,” he explained.

“His history with being a police officer. I didn’t know that he had that history and understanding what it was to be a Black police officer in Chicago in the 70s. So you have to research the time period, the era, how volatile it is at that time to understand the energy. When you walk to the door, when you knock on the door, when you pull someone over, you have to understand what that intensity is when you walk in that moment.  It’s not just pulling someone over for you, it could be so much more.”

Nine-time Grammy-nominated American R&B singer and songwriter, Kelly Price, is amongst the many talented cast members to bring American Soul to life and credits Cornelis for being one of the people who believed in her and supported her.

“In the early mid 90’s–  I came along at a time where girls that looked like me did not get signed to record deals…There was not a president of a record company in my industry that did not know who I was because they would hire me to write music for all of their female and male singers, too,” said Price.

“There were specific words that were spoken to me…I was too fat, I was too Black and I was too loud. And so I had given up at having my own career in this business.”

After meeting Ron Isley and eventually signing to his boutique label in the studio, T-neck records. Price had full creative control to create her first project and her and the team set out to prove that if you provide good music with a voice that can back up and words that speak to the soul and transcend time that people would love.

Price still remained a mystery when it came to promotions. Instead of using images of herself, she created a unique logo when it was time to present music. Her first meeting with Cornelius would reveal who she was.

“They played the music and [Cornelius] fell in love with my voice and wanted to be a part of the makings of Kelly Price. I landed a number one song and people never knew what I looked like. I shot a video and went to Soul Train to perform for the first time.”

She already won the heart and ears of many and then the very first award the actress received was a Soul Train music award.

“Don was intentional in being apart of my back story,” says Price.