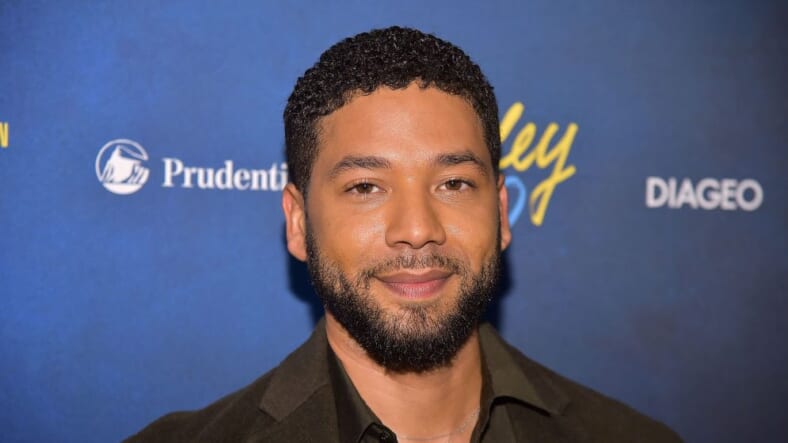 The Chicago Police Department has issued a statement on the terrifying attack on Empire star Jussie Smollett. TMZ broke the news that the 36-year-old actor is hospitalized in Chicago after being attacked by two masked white men who yelled racist and homophobic slurs at him as they put a noose around his neck and repeatedly punched him.

The two unidentified men fled the scene. Smollett is reportedly in good condition.

“Overnight, the Chicago Police Department received a report of a possible racially-charged assault and battery involving a cast member of the television show Empire. Given the severity of the allegations, we are taking this investigation very seriously and treating it as a possible hate crime. Detectives are currently working to gather video, identify potential witnesses and establish and investigative timeline. The victim is fully cooperating with investigators and we ask anyone with information about this incident to contact Area Central Detectives at 312-747-8382 or report it anonymously to www.cpdtip.com.

“A 36-year-old man was walking at above address when two unknown offenders approached him and gained his attention by yelling out racial and homophobic slurs towards him. The offenders began to batter the victim with their hands about the face and poured an unknown substance on the victim. At some point during the incident, one of the offenders wrapped a rope around the victim’s neck. The offenders fled the scene. The victim self-transported to Northwestern Hospital and is in good condition. Area Central Detectives are investigating.”

As details of Smollett’s assault spread across the internet, fans and celebrities shared their opinions on the incident and their support for the actor/musician.

The attack on Jussie Smollett was allegedly by MAGA white supremacists. This is exactly why we need to be defending ALL Black people.

These people don’t care if you’re a woman, LGBTQ, or heterosexual. They want us dead. We can’t let anyone force us against ourselves.

Anyone trying to ignore the fact that Jussie Smollett is BOTH Black & gay need to sit down.

This was a racially-motivated homophobic attack.

They called him racial slurs AND homophobic ones.

He carries BOTH identities and white supremacists made it a point to target both.

Given what we’ve seen so far, I fully expect the men who attacked Jussie Smollett to score a sit-down interview with Ellen at some point in the next few weeks. Maybe it will be a roundtable discussion with Kevin Hart.

This is heartbreaking and terrifying…please pay attention to what’s happening here. Sending all my love to @JussieSmollett https://t.co/YTJ6bwLDkZ

The reported hate attack on my friend and brother, actor Jussie Smollett is despicable and outrageous. The guilty must face the maximum.

Sending love to my brother @JussieSmollett . These trash ass individuals will not go unpunished. pic.twitter.com/IK0kId3tcZ

I am shaking. I am angry. I am so hurt for you my friend @JussieSmollett. Prayers for your speedy recovery and swift justice for the rotting human flesh carcasses who did this to you. I love you. Story here: https://t.co/H4Ipvci2Vz pic.twitter.com/Vfc5kxlBCq