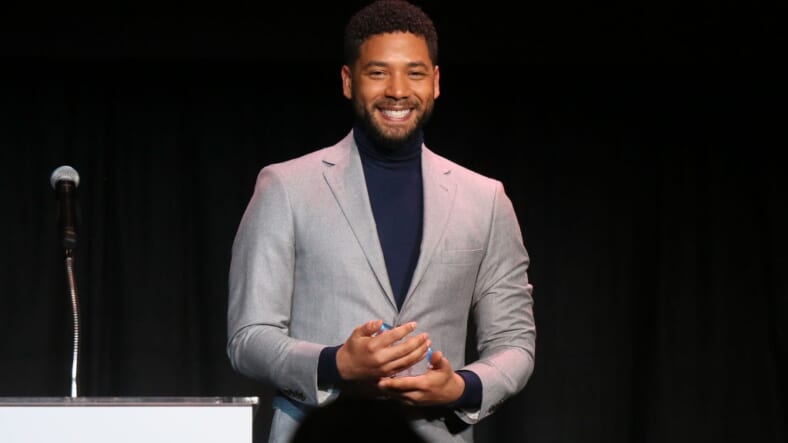 The staff members of Fox’s Empire are beside themselves in the wake of actor Jussie Smollett’s brutal assault in Chicago earlier this week.

“This horrible attack was on one of our own, in our town,” an unidentified source told Deadline Hollywood. “Everybody’s behind Jussie 100% and he’s the first priority, but people need to process what happened to him too,” the source told the website.

Trauma counselors from the Screen Actors Guild–American Federation of Television and Radio Artists (SAF-AFTRA) have been available on the set for cast and crew members who might need support and they’ll be there for a few weeks as Smollett, 35, heals and returns to the show that stars Taraji P. Henson and Terrence Howard.

The attack took place in the wee hours of Tuesday morning as Smollett walked home. The actor told police that two men poured bleach on him and placed a noose around his neck as they shouted racial and homophobic slurs. Chicago police have said that they have video of Smollett walking away from the two alleged assailants and also video of him with a rope around his neck. The police department has placed at least 12 detectives on the case and released images of two shadowy figures. The violent assault cost Smollett a short stay at Northwestern Hospital.

The case has grabbed the attention and sympathy of people across the country, who regularly praise Smollett for his work on and off screen. Most recently, the actor earned high marks for taking to social media with brother, Jake Smollett, and sister, Jazz Smollett, to join the campaign to save Bennett College, an HBCU in North Carolina that launched an aggressive fundraising campaign to prevent itself from losing accreditation. Smollett and his siblings wore “Stand with Bennett” T-shirts in photos they posted to Twitter and the actor told Al Sharpton on his MSNBC show that saving the school is crucial. In fact, fans of Smollett have been moved since the attack to donate to the Bennett campaign in his honor.

The incident has unleashed a gamut of emotions from those who admire Smollett, Empire co-creator Lee Daniels unleashed his frustration via Instagram this week, calling the attack, “Just another —-ing day in America.”

Smollett could be back filming early next week, the news organization reports. He also was due to appear at The Troubadour in West Hollywood on Saturday. The club removed him from the schedule but later put him back on, Deadline Hollywood reports.