Fed up with racism, more Black parents are homeschooling their children

When it comes to their kids, these parents say they will do all the teaching. 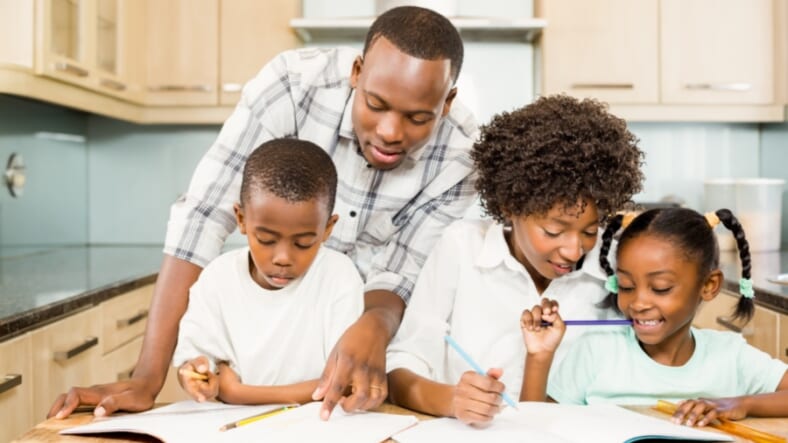 The practice of homeschooling has been steadily on the rise across the United States over the past two decades. Black families are part of that growing number of home educators too— but their reasons can be very unique.

theGrio’s Natasha S. Alford explores the trend in our latest episode of “Check Please: Why Are More Black Parents Homeschooling?”

Watch the full video above and read preview of our story on Black parents who homeschool below.

Q&A With a Black Parent Who Homeschools

theGrio: Tell us the backstory of why you homeschool your children?

EA: Nathan, my oldest kiddo [at the time was] in the house with us… We wanted to make sure that we were supplementing that public school education because I didn’t feel he was been pushed enough.

So anyways Nathan ended up being diagnosed with autism and at that point we knew we were going to go ahead and pull him from the traditional school setting because it was getting to the point where he had been labeled as “bad.”

My husband’s military… So we were living abroad and [Nathan] had been labeled as a “bad kid,” but I was seeing kids that were his counterpart. They were just of a different race… And they were being labeled as “Oh he had some issues but he’s working through that.”

theGrio: Are you surprised to hear more African-American parents are homeschooling?

EA: As a homeschooling parent, I have learned that that is the biggest mistake that you can make is to look past someone’s blackness because then you lose empathy.

You lose the ability to connect with what that child might be experiencing or what they have experienced in the past as far as history goes.  The civil war might be something completely different for him.

You know it’s hard when you’re teaching it. He might want to learn more than just about Andrew Jackson. Well teach me about the African-American soldiers some fought in that in that civil war not too long ago.

I picked up a history curriculum and it was about the Revolutionary War and it completely left Crispus Attucks out. And I’m like hold on, wasn’t he the first one to take a bullet and he was Black?

But it kind of skipped over that and just started talking about  other things, that had nothing to do with the black experience. So I can see how this plays the role…