PHOTOS: Here’s what you missed at the MACRO Lodge at Sundance

The MACRO Lodge was the place to be during the annual film festival in Park City, Utah. 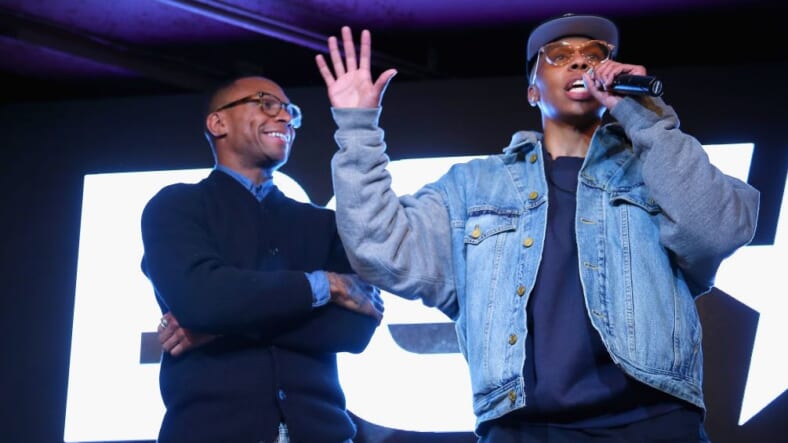 While there were tons of events to attend during the Sundance Film Festival in Park City, Utah, the MACRO Lounge was the hottest ticket in town for celebs, industry insiders, and festival-goers looking to mix and mingle with Black Hollywood’s finest.

The MACRO Lodge at Sundance was presented by SheaMoisture and hosted by MACRO Founder & CEO Charles D. King (Sorry To Bother You, Mudbound, Fences) and his wife Stacey Walker King.  MACRO rolled out its second annual showcase of inclusive panels, screenings and parties in an effort to champion diversity, inclusion and people of color at its prime location on Main Street and it was the LIT throughout its four days of fabulous programming.

Jada Pinkett Smith talks tackling tough issues at Sundance: “You know how it feels to be invisible”

The MACRO Lodge presented several intriguing panels including a first look at BET’s highly-anticipated series Boomerang with an intimate chat with the show’s creators Lena Waithe and Ben Cory Jones. Attendees got to see the first episode and ask their own questions about the reboot of the iconic film.

Issa Rae and Deniese Davis’ ColorCreative co-hosted a midnight brunch along with  The Open Society Foundations and Firelight to celebrate Black content creators and storytellers attending the festival.

Another highlight of the week; Now That’s Real Talk: An Intimate Conversation with Jada Pinkett Smith, went down at the MACRO Lodge and allowed attendees to get up close and personal with the Red Table Talk host.

We also got to watch Angela Rye in action during a live taping of her podcast and discussed the powerful film, Clemency and discussed the current political climate and the impact TV, film and media plays in shaping and shifting the narratives around politics, the Black community and justice.