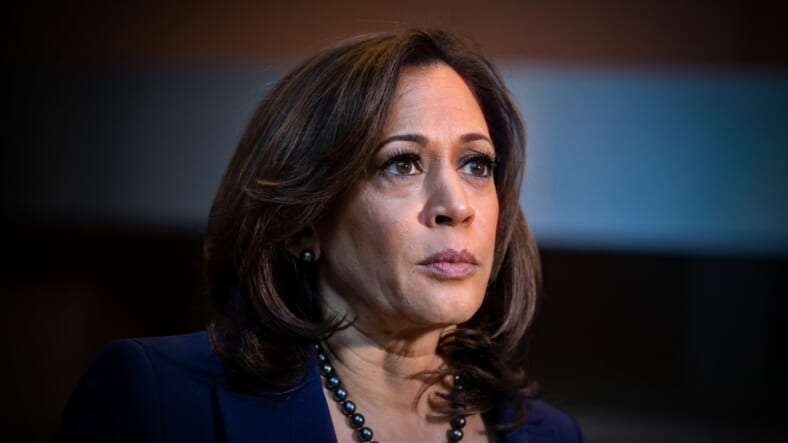 Sen. Kamala Harris, 2020 presidential hopeful, revealed on Monday that not only has she smoked marijuana she also supports the legalization of the drug reports CNN.

In the interview with the hosts of The Breakfast Club, Harris admitted that she has indulged in a puff-puff pass session and she “inhaled.”

“I did inhale. It was a long time ago. But, yes,” the California Democrat shared.

But she dodged Charlamagne Tha God‘s question about whether or not she would try it again if it were legalized “all throughout the country.”

“I think that it gives a lot of people joy and we need more joy,” she replied.

On the issue of marijuana legalization, Harris rejected claims that she opposes legalizing the drug.

“That’s not true. And look I joke about it, half joking — half my family’s from Jamaica, are you kidding me,” she said.

“No, I do not — no, no. I have had concerns, the full record, I have had concerns, which I think — first of all, let me just make this statement very clear, I believe we need to legalize marijuana,” she said. “Now, that being said — and this is not a ‘but,’ it is an ‘and’ — and we need to research, which is one of the reasons we need to legalize it. We need to move it on the schedule so that we can research the impact of weed on a developing brain. You know, that part of the brain that develops judgment, actually begins its growth at age 18 through age 24.”

“But I am absolutely in favor of legalizing marijuana. We’ve got to do it,” she said later in the interview. “We have incarcerated so many, and particularly young men and young men of color, in a way that we have not for the same level of use (among) other young men.”