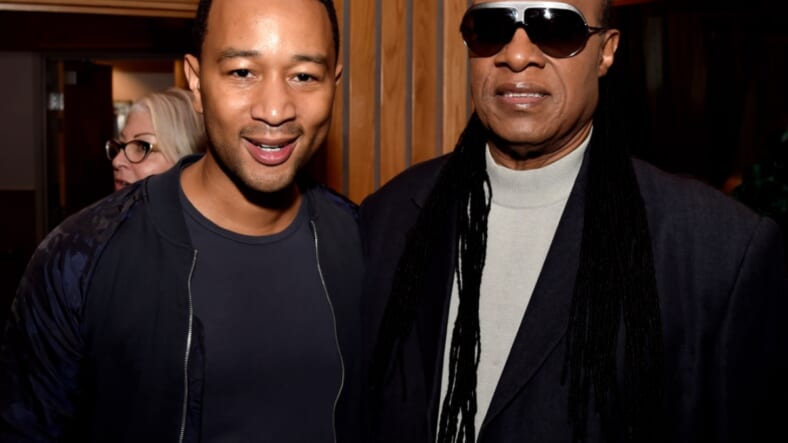 Fresh off of a week where the controversial decision to have Jennifer Lopez perform the Motown Tribute at the Grammys made headlines, the legendary Detroit-made label put on a star-studded concert to commemorate its 60th anniversary reports AP.

Iconic Motown star Stevie Wonder was joined by John Legend, Ciara, Martha Reeves and more for “Motown 60: A Grammy Celebration” show at the Microsoft Theater in Los Angeles. The concert was hosted by Motown legend Smokey Robinson and Cedric the Entertainer and will air on April 21 on CBS.

“My dream was to make music for all people,” Motown founder Berry Gordy said as the crowd applauded. “Well, my dream came true.  I want to thank all of you fans, and your parents, and their grandparents. All around the world. I could say their great grandparents, but that would make me older than I want to be.”

Gordy started the label in Detroit in 1959 – the label’s name plays on the city’s nickname, the Motor City – and it was home to numerous legendary stars including Marvin Gaye, Michael Jackson and the Jackson 5, The Temptations, The Supremes and Diana Ross.

In 1984, the label’s legendary Motown 25 show featured an iconic performance by Jackson, which included his famous Moonwalk. During 2019 edition, John Legend performed “Mercy Me” and Ne-Yo sang The Jackson 5′s “I’ll Be There.” Ciara, sporting a Rick James-like wig performed “Give It to Me Baby,” while Ross brought attendees to their feet when she opened her set singing “My Man” to Gordy while sitting next to him

“This is your legacy,” she told Gordy. “I want you to know that you have been a gift to all of us.”