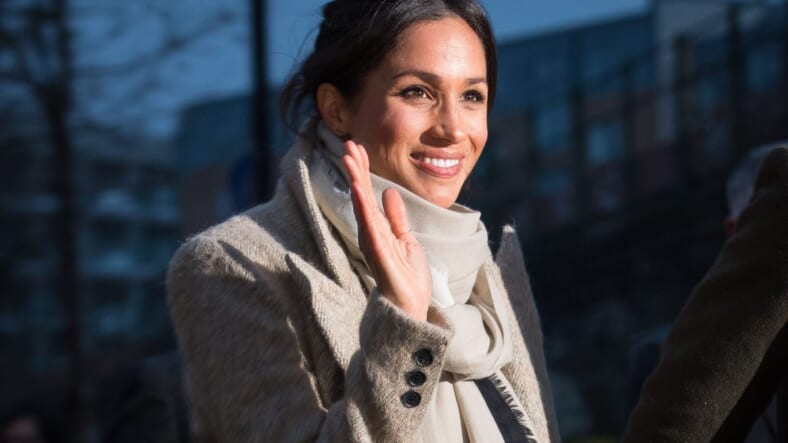 It is being reported that Duchess Meghan Markle made a secret trip to New York City last week to celebrate her pregnancy with her closest friends.

The former actress is expecting her first child with Prince Harry in late April, and a source tells PEOPLE that Markle’s besties, including stylist Jessica Mulroney, are throwing her a baby shower before she heads back to London.

According to Page Six, Duchess Meghan arrived in New York on Friday for the exclusive party which will take place on Tuesday. Fifteen guests are expected at the baby shower which will be held at a hotel on the Upper East Side, with Mulroney in charge of coordinating the event.

Markle was spotted around the city on Saturday, stopping by Ladurée’s SoHo location with a friend for macarons and tea, Harper’s Bazaar reported.

“They were having a lovely time, laughing and talking with each other,” an eyewitness tells Us.

She also paid a visit to the high-end children’s clothing store Bonpoint.

The Queen’s former press secretary Dickie Arbiter revealed to Us Weekly exclusively that Meghan “will begin maternity leave from royal duties” ahead of her first child’s arrival. He added that she is “full of energy and in good spirits” as she enjoys the “busy work schedule she has at the moment.”

Earlier this month, five members of Markle’s inner circle defended the Los Angeles native to PEOPLE against the “global bullying we are seeing,” said a longtime friend and former costar.

“Meg has silently sat back and endured the lies and untruths,” her former costar tells the publication, “we worry about what this is doing to her and the baby,” adds the costar. “It’s wrong to put anyone under this level of emotional trauma, let alone when they’re pregnant.”

Prince Harry, 34, and Duchess Meghan, 37, married in St George’s Chapel at Windsor Castle in England in May 2018.