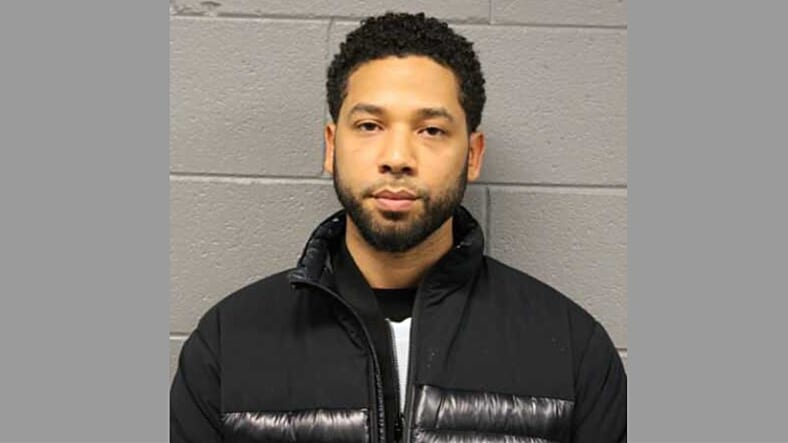 As the story of his hate crime unraveled, Jussie Smollett allegedly told Chicago Police that he has an untreated drug problem reports Page Six.

According to TMZ, Smollett divulged his alleged drug problem after turning himself in on Thursday morning on charges he filed a false police report involving the fake Jan. 29 hate crime. The admission raises questions about whether he might try to use alleged addiction as a defense of his actions.

The admission comes as Empire has shelved Smollett’s character for the rest of the season. Prosecutors said Abimbola Osundairo, one of the Nigerian brothers who allegedly helped Smollett stage the attack, was Smollett’s drug dealer, selling him Molly several times since the spring of 2018.

Chicago Police Superintendent Eddie Johnson said during a press conference on Thursday that Smollett, 36, concocted the attack as a way to gain publicity and get a bigger salary. Smollett is said to make $65,000 per episode – which adds up to nearly $1.2 million for the season’s 18 episodes. Smollett has been with the show since it premiered in 2015.

“I’m left hanging my head and asking why,” Johnson said. “Why would anyone, especially an African-American man, use the symbolism of a noose to make false accusations? How could someone look at the hatred and suffering associated with that symbol and see an opportunity to manipulate that symbol to further his own public profile?”

In court documents, Smollett answered “no” to whether he had any mental or alcohol problems. Smollett was arrested and charged with filing a false police report — a felony in Illinois. Johnson said that Smollett paid the Osundairo brothers $3,500 using a personal check to stage the attack.

In claiming to have a drug problem, according to TMZ, Smollett could be paving the way to use it as a mitigating factor when it comes to potential sentencing.