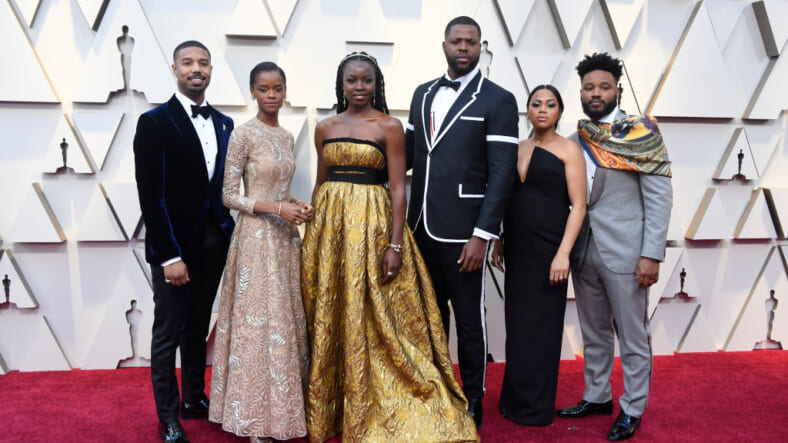 HOLLYWOOD, CALIFORNIA - FEBRUARY 24: (L-R) Michael B. Jordan, Letitia Wright, Danai Gurira, Winston Duke, Zinzi Evans and Ryan Coogler attends the 91st Annual Academy Awards at Hollywood and Highland on February 24, 2019 in Hollywood, California. (Photo by Frazer Harrison/Getty Images)
Tonight’s the night! The 91st annual Academy Awards is underway, but before talent and guests alike make their way to the big stage, they must first hit the famous red carpet.
Black Hollywood was sure to show up and show out for the 2019 Oscars, held at the Dolby Theatres in Los Angeles, CA. For the first time in 30 years, the show will go on without a host, after it was announced that comedic-actor Kevin Hart had stepped down from hosting duties following his past, controversial tweets. Instead, tennis star Serena Williams and a slew of others are in line to present a number of awards and categories in tonight’s ceremony.
For now, check out the #BlackMagic on the 2019 Oscars red carpet. From Angela Basset to Spike Lee, these folks are making (and slaying) their way to the 91st Annual Academy Awards! This is #BlackExcellence at its best.

Here are some of our favorites:

Lisa Bonet and Jason Momoa were twinning at this year’s Academy Awards in designs from the late Karl Lagerfeld. The pair looked perfect in pastels as Bonet and her husband, Aquaman star Jason Momoa, rocked matching hues of purples and pinks. We approve! 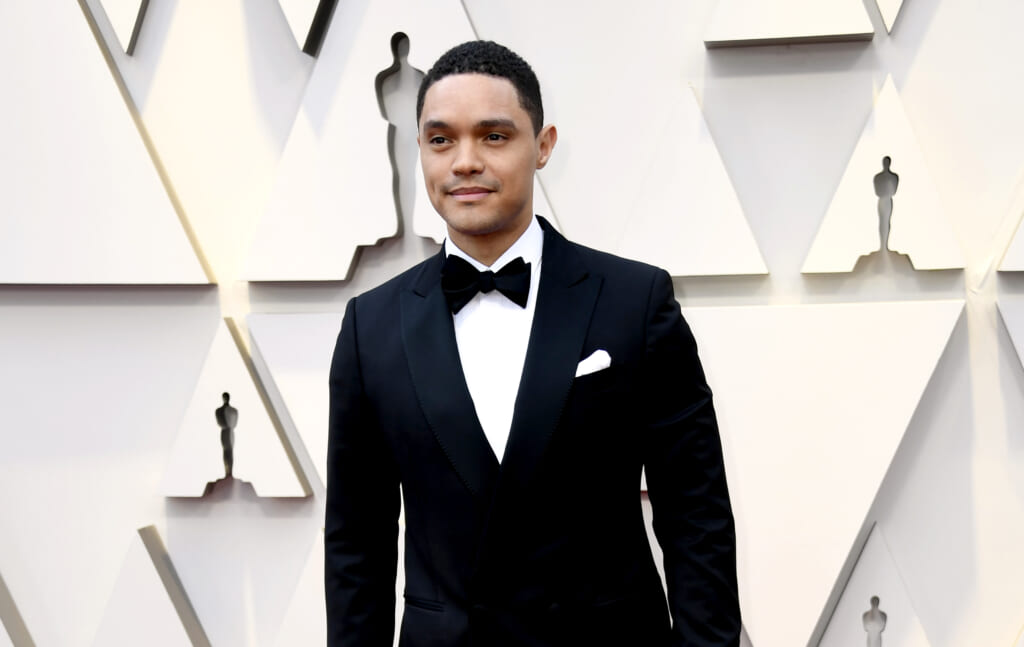 The Daily Show’s Trevor Noah, looked pretty lux in his tux, as the host made his way down Oscar’s carpet. Noah will be one of several rotating presenter’s at the 91st Annual Academy Awards, and is set to present the award for “Best Picture.” Interestingly enough, Black Panther is nominated in this category, and the TV show host actually had the pleasure of making a cameo in the film. Noah provided the vocals for “Griot,” the AI System that navigates Everett Ross in the battleship. 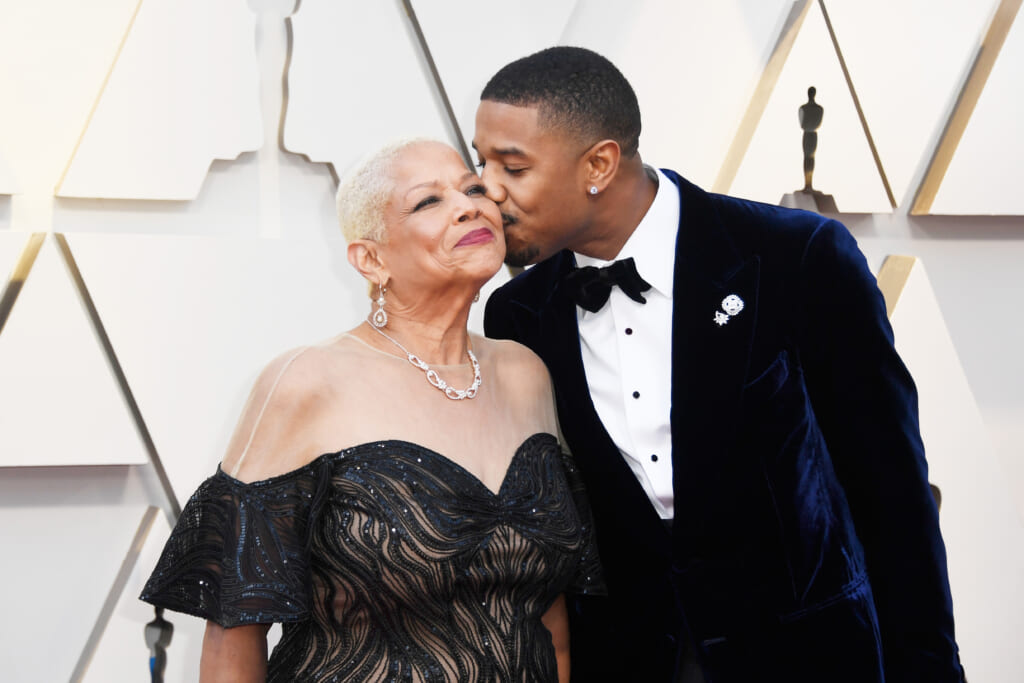 Actress Meagan Good looked lovely in lavender while her and her husband, producer/author Devon Franklin, posed on the red carpet and served #BlackLove goals.

Pretty in pink! Actress Angela Bassett put the “hot” in “hot pink” in this off-the-shoulder ensemble, equipped with a daring slit. The 60-year-old actress was spotted in attendance with husband and fellow actor, Courntey B. Vance.

Lady in red! Usually, red clothing and red carpets clash, but not with Jennifer Hudson. The actress was spotted in a beautiful and bright red gown, with a dramatic slit and bows for texture. Yes!

Regina King looked like a queen in this beautiful Oscar de la Renta all-white get-up, as she posed next to her dapper co-star Stephan James. The actress has plenty to celebrate tonight, as she’s been nominated for Best Performance by an Actress in a Supporting Role at the 2019 Oscars for her outstanding work in the 2018 film If Beale Street Could Talk. James stars beside King as her love interest in Beale Street.

It may be 2019, but actress Amandla Stenberg gave us flawless “Blast from the Past” vibes, as she was spotted on the carpet in this silver, roaring 20’s inspired look from Miu-Miu. The 20-year-old actress starred in a number of films last year, including the critically-acclaimed The Hate U Give but wasn’t nominated for an Oscar’s at the 91st Annual Awards. 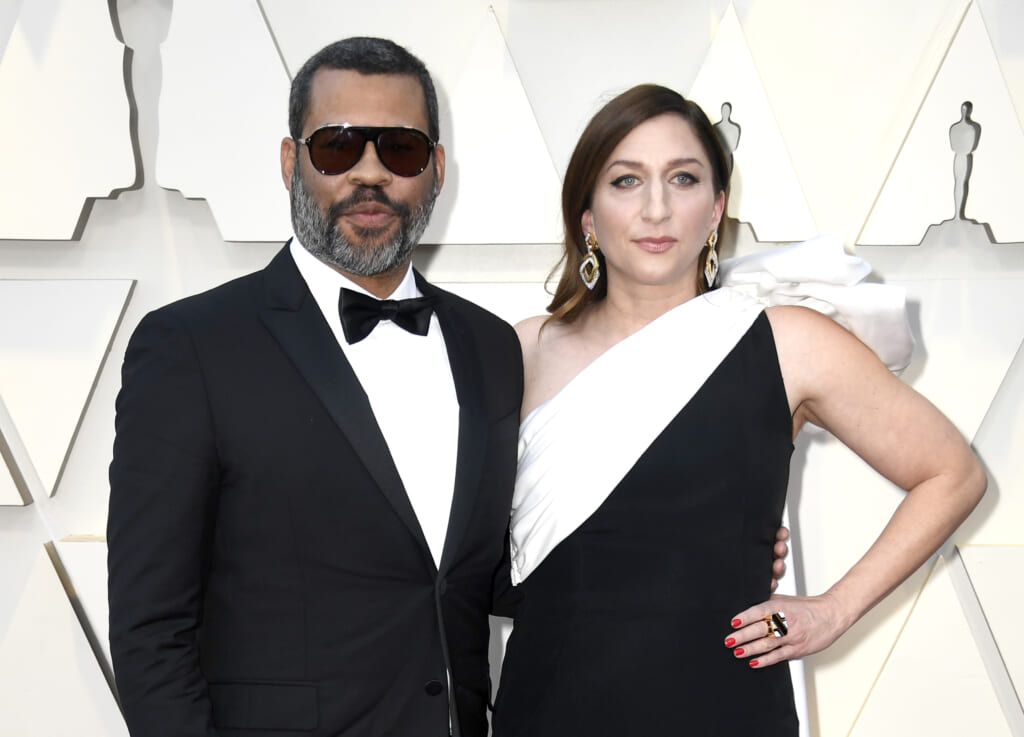 Last year’s Oscar-winner Jordan Peele and his wife, Chelsea Peretti were spotted serving matching black-and-white looks at this year’s Academy Awards. Back in 2018, Peele won ‘Best Original Screenplay’ for Get Out. This year the actor and director received yet another Oscar nod for the film BlacKkKlansman – which is up for “Best Picture.”

Black Panther hero Chadwick Boseman arrived at the year’s award in this all-black ensemble, complete with a sparkly blazer. Despite an amazing year in film last year, Boseman was snubbed at this year’s Oscars for nominations.

Actress Octavia Spencer was spotted slaying in sapphire on the carpet for the 91st Annual Academy Awards. The 2012 Oscar winner wasn’t nominated for any awards this year, however, she is still a winner in our book! Spencer not only won Best Supporting Actress for 2012’s The Help, but she has was nominated for the same category in both 2017 and 2018 for her efforts in The Shape of Water and Hidden Figures, respectively.

Triple Threat! Renowned director and three-time nominee for the 2019 Oscars, Spike Lee, and his wife, Tonya Lewis Lee, were sure to stand out on the red carpet. Rocking everything from yellow to bright purple, the couple added some more color to the red carpet with their bold color ensemble. Perhaps what stood out most was Spike’s “Love / Hate” knuckle 4-finger rings. The director has plenty to celebrate, as he is nominated for not one, but three separate categories for his work on BlacKkKlansman — Best Picture, Best Director and Best Adapted Screenplay.

Pretty as a princess. Actress Laura Harrier may not have any Oscar nods this year, but she is practically best dressed in our book. The 28-year-old actress, who starred in last year’s BlacKkKlansman, as well as 2017’s Spiderman Homecoming, was quite the sight at this year’s Academy Awards in this powder blue gown. She completed the look with a classic updo and strappy heels.