Two Connecticut high school athletes are continuing their dominance in girls' track, but there are those who believe that because they were born male, they have an unfair advantage 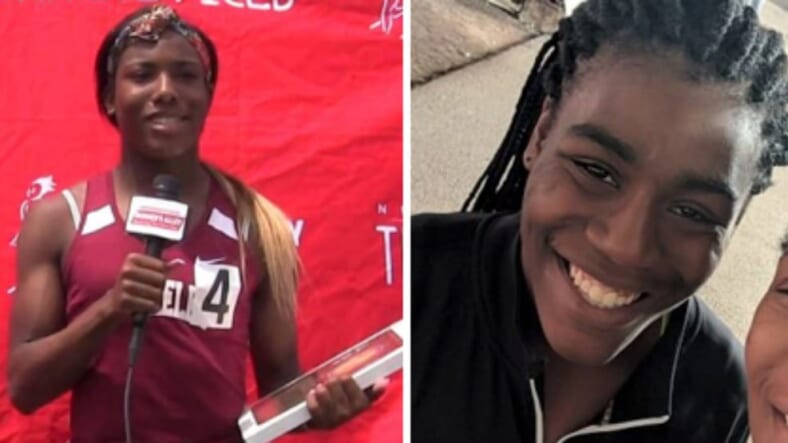 According to the Daily Mail, Terry Miller of Bloomfield High School in Connecticut and Andraya Yearwood, a junior at Cromwell High School finished first and second in the 55-meter dash at the Connecticut state open indoor championships earlier this month. Miller finished the with 6.95 seconds and Yearwood finished in 7.01 seconds. The two 17-year-olds also topped the 100-meter state outdoor championships last year.  Miller also won the 300 meter indoor race this season.

Their recent indoor track victory is continuing a debate over what many believe is an unfair advantage with some publicly saying the girls shouldn’t be competing against naturally born females.

“I have learned a lot about myself and about other people through this transition,” said Yearwood. “I always try to focus most on all of the positive encouragement that I have received from family, friends and supporters,” she added. “I use the negativity to fuel myself to run faster.”

Yearwood acknowledges her physical advantages over her competitors, but believes girls who are not transgender have other unique advantages.

“One high jumper could be taller and have longer legs than another, but the other could have perfect form, and then do better,” she said.

“One sprinter could have parents who spend so much money on personal training for their child, which in turn, would cause that child to run faster.”

But one competitor, Selina Soule, disagrees.

The Glastonbury High School junior believes Miller and Yearwood are the reason she missed out on qualifying for the New England regionals by two spots.

“We all know the outcome of the race before it even starts; it’s demoralizing,” she said. “I fully support and am happy for these athletes for being true to themselves. They should have the right to express themselves in school, but athletics have always had extra rules to keep the competition fair.”

Miller and Yearwood may receive criticisms from adults, some students and competitors but the district supports them.

The executive director of the Connecticut Association of Schools-Connecticut Interscholastic Athletic Conference says its policy follows a state anti-discrimination law.

“This is about someone’s right to compete,” Glenn Lungarini said.

“I don’t think this is that different from other classes of people, who, in the not too distant past, were not allowed to compete. I think it’s going to take education and understanding to get to that point on this issue.”

READ MORE: Teen charged with killing transgender woman over relationship fears and will be tried as an adult