The singer was recently charged with 10 counts of sexual abuse. 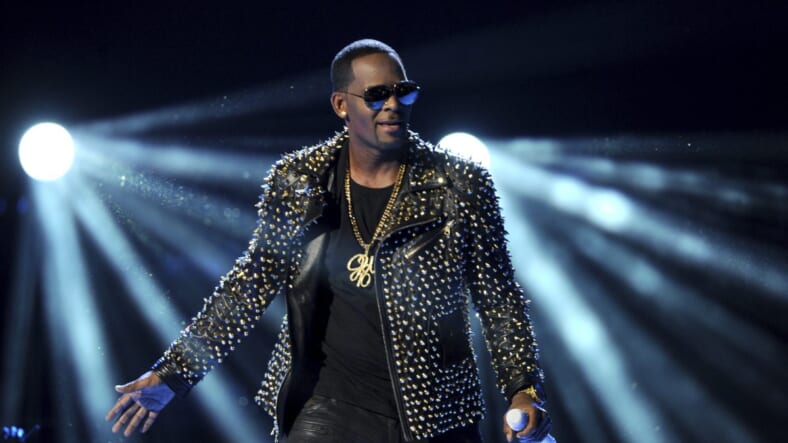 R. Kelly is speaking out for the first time since he was arrested for 10 counts of aggravated sexual abuse.

He sat down with Gayle King for an exclusive interview and did his best to convince the world that he’s the victim in this disgusting story.

TMZ posted the video showing the singer sobbing and pleading for the public to believe he’s innocent of the numerous allegations against him.

“I’m fighting for my f***ing life!” he shouts at one point after using his past acquittal as evidence that his accusers are all lying about the abuse they say they suffered at his hands.

R. Kelly Backlash: Bomb threats called in to daycare owned by woman who bailed out singer

The clip shows R. Kelly being asked if he has ever held women against their will.
The full interview is set to air on CBS This Morning on Wednesday.
R. Kelly was arrested in Chicago on February 22. Nine of the ten counts against Kelly, 52, involve alleged victims who at least age 13 but no older than 17 years old the 36-pages indictment says. In the indictment there are four alleged victims. One is linked to three different counts. The incidents occurred in separate occasions between 1998 and 2010. In the State of Illinois, the statute of limitations on sexual abuse against minors can extend as long as 20 years.
R. Kelly was bailed out by his friend, Valencia Love. She is now dealing with the blowback from that decision after her daycare business received multiple bomb threats.

According to reports, Love owns the Lord and Child Christian Daycare Center in Chicago, as well as the restaurant Love on the Blu. However, the Chicago police said the daycare has been steadily targeted with several bomb threats. No explosives have been found so far, TMZ reports.

Love posted $100,000 to bail the embattled singer out of the Cook County jail, where he was awaiting trial on charges he sexually abused four underage girls dating back to 1998, including three underage girls.

Love reportedly is still listed as the “registered agent” for the daycare with the Illinois Secretary of State. But there have been reports that she no longer works there, The Daily Mail reports.