Gayle King opens up about R. Kelly interview, ”I never thought he was going to hurt me” 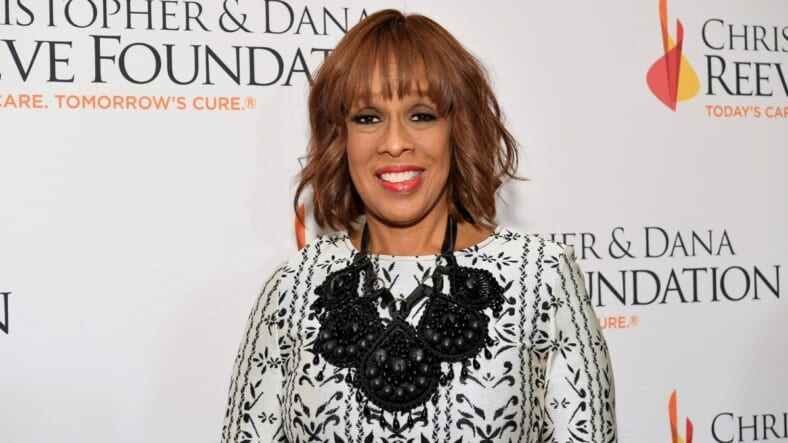 Gayle King recently switched roles and was a guest on The Late Show with Stephen Colbert, shortly after her own sit-down and interview with R.Kelly aired.

After her interview with the tumultuous R&B singer, The CBS This Morning host opened up to host Stephen Colbert about some of the drama that transpired on set. King finally revealed what was going on in her mind after the infamous moment where the 52-year-old Kelly stood threw a tantrum.

“When I see Robert getting really upset, and he stands up out of his seat, my initial reaction is, ‘Oh God, please don’t leave, please don’t leave,’ because we’ve seen him storm out of interviews before. So I thought he was going to do that, and I was thinking, ‘I’m not done with my questions. What can I do to save this interview?’ King revealed. The host the detailed that it was then she decided to remain quiet, as to not encourage Kelly’s departure.”

“I decided if I sit there quietly, make eye contact with him- [because] I thought the minute I stood up or walked up and say- you know what it’s like when someone tells you, ‘Calm down,’ and you go, ‘I am calm!” I figured that would make it worse. So I thought if I just sit there quietly, looking at him, he would know that I’m not going anywhere, and I’ll just wait for you to finish whatever this is, and you’ll just sit back down in the seat. And he did.”

King went on to reveal that the soft-spoken “Robert,” line was actually a strategy of hers, not so much sarcasm, as the internet and memes made it seem.

“[In that moment], I thought if we had both gotten emotional and amped up like that, what good would come of that? So I thought I’ll just be calm, I’ll say his name- because when someone says your name, it is soothing- I’ll say his name, he’ll know that I’m here, and he’ll eventually sit back down. And he did.”

As far as whether or not King ever felt threatened, King finally addresses her thoughts and feelings during Kelly’s aggressive reaction mid-way through the interview.