ACLU and the Center for Media Justice (CMJ) announced that they have filed suit against the FBI for their attempts to possibly dismantle and harm black activists and the growing #BlackLivesMatter movement. 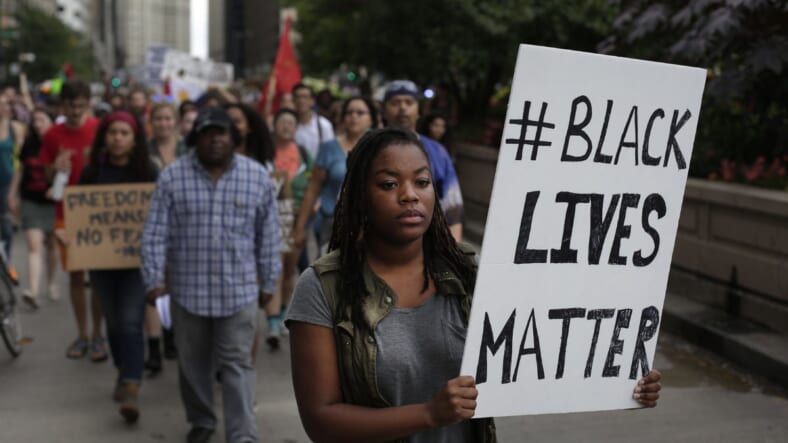 The American Civil Liberties Union (ACLU) and the Center for Media Justice (CMJ) announced on Thursday that they have filed suit against the FBI for their attempts to possibly dismantle and harm black activists and the growing Black Lives Matter movement.

The ACLU believes the FBI is unlawfully motivated by racism and is “so deeply flawed” that many law enforcement agencies have refused to acknowledge “black identity extremists” as an existing issue.

“Disseminated to more than 18,000 law enforcement agencies, the intelligence assessment claims, without evidence, that Black people involved in unrelated police killings shared an ideology that motivated their actions,” the ACLU wrote in its statement about the suit. “It also focuses on Black people who, in the bureau’s own words, ‘perceive racism and injustice in American society.’”

This is not the first time the ACLU has attempted to use the Freedom of Information Act request to get the FBI to release these documents. An October 2018 request was denied without what they believe to be proper justification.

Other organizations and politicians have also joined the fight to get these documents. Color of Change, the Center for Constitutional Rights and several members of Congress have all made an attempt to review these FBI documents all to no avail. The ACLU has vowed to continue to involve Congress in the retrieval of these documents that they believe contain flawed information and reminiscent of the FBI’s previous record of discrediting black movement with programs like COINTELPRO in the 60s and 70s.

“There has been no sign that the FBI has retracted its flawed ‘Black identity extremist’ threat label despite calls to do so from the Congressional Black Caucus and some law enforcement,” the ACLU’s statement continues. “Meanwhile, violent white supremacists pose increasing threats as recognized by a 2017 joint intelligence bulletin and the tragic killings of Black people, Jews, Muslims and anti-racist protestors across the country.”