Canadian artist, Daniel Caeser faced a fiery backlash, this week after video of his controversial comments about black people’s treatment of whites began circulating. Daniel faced so much criticism that activist DeRay Mckesson and his vest had to come to the rescue. 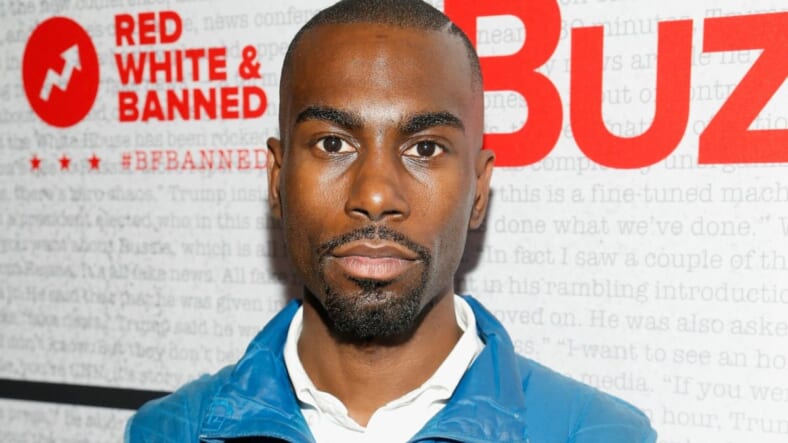 Canadian artist, Daniel Caeser faced a fiery backlash, this week after video of his controversial comments about black people’s treatment of whites began circulating. Daniel faced so much criticism that activist DeRay Mckesson and his vest had to come to the rescue.

On his Instagram Live, the “Best Part” singer began defending white media personality, Julieanna Goddard, who is also known as YesJulz. To many, YesJulz is problematic and a serial cultural appropriator.  According to Complex, YesJulz recently faced backlash after an appearance on the Easily Offended podcast where she attempted to defend an old tweet, now deleted, that featured a shirt with the phrase, “N**gas lie a lot.” During this appearance, she also threw shade at black journalists Karen Civil and Scottie Beam.

READ MORE: Blind Bill Cosby sends his wife a birthday tweet from behind bars and Twitter wants to know how

Of course, Black Twitter dragged YesJulz through the mud, which prompted a drunken rant by Caesar and things has not been going quite well for the singer since. In what many believe to be uninformed and ignorant comments, Caesar claimed that black people are too sensitive and have to stop being mean to white people.

“Why is that we’re allowed to be disrespectful and rude to everybody else, and when anybody returns any type of energy to us—that’s not equality,” he said in the stream. “I don’t want to be treated like I can’t take a joke!”

Caeser went on to say, “white people have been mean to us in the past, yeah, but what are you going to do about it? Tell me what you’re going to do about that? […] Are we on top of society? We’re not. You can’t win the game by choosing to not accept the winning team’s strategy. You have to acknowledge the strategy and build a strategy on top of that.”

His comments quickly angered his black fans, who called his words “ignorant,” “disappointing,” and “trash.” His statements can be seen as particularly hurtful as countless videos of white people brutalizing black people, falsely calling the police and going on racist rants are going viral.

Just a day after Caeser’s comments made the rounds on social media, Mckesson told his followers that he had spoken with Caeser about his comments.

Yeah. I spoke to him about that, too. I called him when I saw the video because I know him. & I wanted to have the convo directly, as people have done with me before. He’s talked to more than just me since then & importantly needs to continue listening to black women on this. https://t.co/qQ8IUaQOTW

“I spoke with Daniel Caesar yesterday morning for a few hours as I was troubled by many of his statements from the IG video,” Mckesson wrote in a tweet. “In the end, it is clear that he’s learning and growing, understanding “systemic” racism & has more work to do. And he has begun to do that work.”

Caeser has yet to make a formal statement about the backlash.