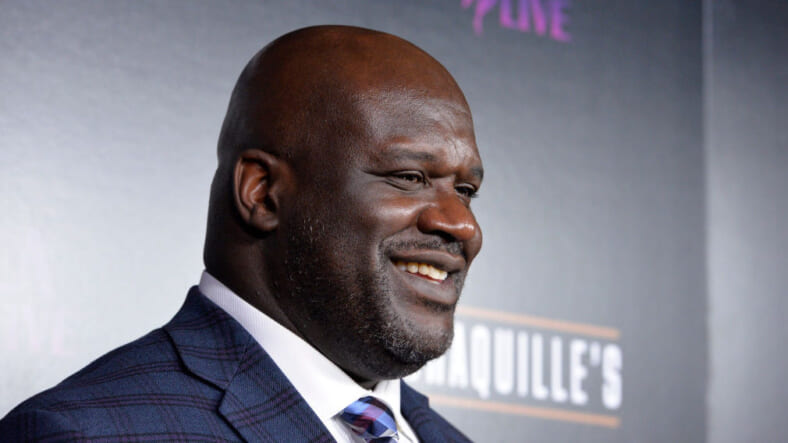 The four-time NBA champion will be joining Papa John’s Board of Directors, and he will be investing in nine Papa John’s restaurants in Atlanta.

For Shaq, a beloved sports analyst, this new deal will fit nicely in his robust investment portfolio. He owns a Krispy Kreme Doughnuts franchise in Atlanta, is the founder and owner of a restaurant called Big Chicken in Las Vegas, he just opened a restaurant called Shaquille’s in Los Angeles and he previously owned 27 Five Guys Burgers and Fries franchises. Shaq also has a minority ownership stake in the Sacramento Kings NBA franchise.

Papa John’s CEO, Steve Ritchie, echoes those sentiments. “In addition to his business acumen, Shaquille understands how to build lasting connections with consumers and energize employees,” he said.  “I look forward to working with him as a board member and brand partner to advance the many initiatives we are pursuing across the organization to create even greater success for Papa John’s and our stakeholders.”

“I have truly enjoyed the high-quality Papa John’s product for years and am excited to be able to help Papa John’s raise their game to new heights,” said Shaq in a press release. “This is a triple threat opportunity for me. I am excited to join the Board and to help lead from the top, while also investing in nine stores in my home town of Atlanta and being an ambassador for the brand. I look forward to working with my colleagues on the Board and using my experience in business and community to build on the progress being made at Papa John’s. Papa John’s is building a better culture, and I want to be a part of improving the Company from the inside out.”

The announcement comes after the pizza franchise weathered a public relations storm last year when the founder, Schnatter dropped the n-word during a conference call. Schnatter resigned from the company and also left his position on the board of directors as part of a settlement with Papa John’s. Because Schnatter served as the face of the brand for years in commercials and on marketing materials, the company also worked to scrub his likeness from the nation-wide franchise.

Last fall, as part of an attempt to change Papa John’s narrative, the company unveiled a new ad campaign that highlighted the diversity and viewpoints of its 120,000 employees. Chief Diversity, Equity, and Inclusion Officer, Victoria Russell, told theGrio at the time that she was confident that the company was headed in the right direction.

“We’re making this a more inclusive culture for all team members. All of these things will positively impact the culture of Papa John’s internally and externally. At the end of the day, we’re all better together,” said Russell.