Capt. Lawrence E. Dickson, a young pilot who lost his life while flying a reconnaissance mission, is finally laid to rest with the full honors he deserves 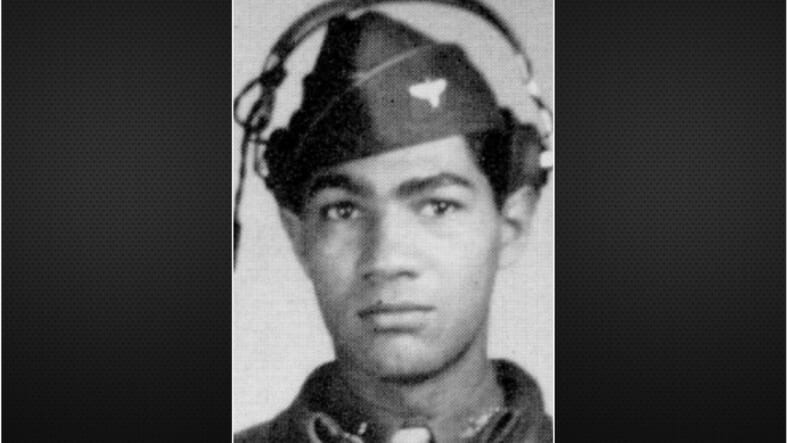 A member of the Tuskegee Airmen, who flew missions in World War II but had been reported missing in action until his remains were accounted for last summer, was laid to rest in Arlington National Cemetery on Friday with the daughter who never knew him and his grandchildren at his graveside.

As four Air Force jets flew overhead, Capt. Lawrence E. Dickson was eulogized and buried as his daughter, Marla L. Andrews, 76, mourned the father she never got to know. Andrews was presented with a folded flag to honor her father and her family’s sacrifice.

READ MORE: Wilfred DeFour, one of the remaining Tuskegee Airmen, dies at age 100

It was closure for Andrews who, over the years, has wondered what might have been.

“I don’t think I would have felt so empty and so alone,” Andrews, of East Orange, N.J., told The Washington Post. “I heard many people say that he was very friendly, he was very warm, he was extremely personable. I just had the feeling that if he would have lived, it would have been so different.”

Andrews said even in the tough times, she raised her children to be people her dad would have been proud of. “I just have to thank God that he got me through as far as he has,” she told The Post.

Dickson, 24, was a captain in the 100th Fighter Squadron, 332nd Fighter Group. He was flying an aerial reconnaissance mission out of Italy on Dec. 23, 1944 when on his return flight his engine failed and his aircraft crashed near the border between Italy and Austria, according to the Associated Press. Subsequent searches for his remains failed and in 1949, the U.S. military determined they could not be recovered.

But in 2012, an Austrian researcher alerted an American recovery team, which discovered the crash site. In 2017 a four-week excavation resulted in Dickson’s remains being found. DNA samples from Andrews provided a positive identification. In July 2018, the U.S. Defense Department announced they had accounted for Dickson.

Before her father was buried, Andrews attended a church service in which Rev. Jerry Sanders of Fountain Baptist Church in Summit, N.J., compared Dickson’s journey to the Old Testament story of Joseph, explaining that his bones were carried to the Promised Land by his people from the foreign land where he died.

“Joseph served his people on foreign soil,” Sanders said, according to The Post. “What we do for Captain Dickson today is what they did for Joseph in the long ago.”

Dickson is the first of 27 missing in action members of the Tuskegee Airman to be identified, according to the Pentagon.