We Are #BlackLove: Meet Wagens and Julius 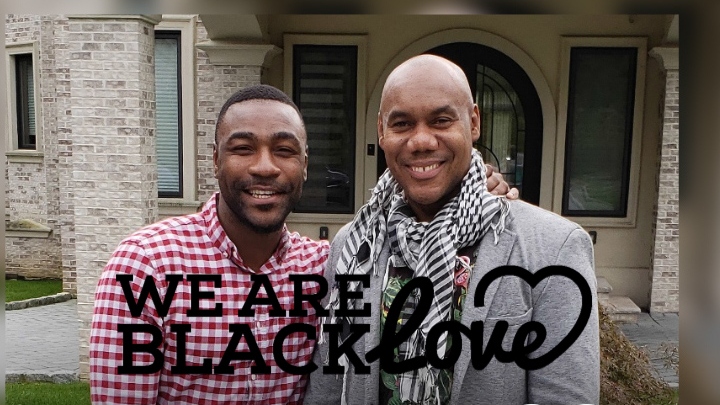 TheGrio’s We Are Black Love series is designed to celebrate the inspiring stories of loving couples in our community who may be underrepresented in media.

Meet Wagens Jerome, 33, and Julius Drake, 40, who have officially been in coupling bliss for the last 18 months.

Wagens immigrated to the U.S. from Haiti in 1994 and spent most of his youth in New Jersey. In 2013, he moved to New York City. After being homeless and unemployed for two years, things started to take a more positive turn in his life. He found a job, a home, and soon after, he met Julius.

Now, working in early childhood development and majoring in Communications at the Borough Manhattan Community College, Wagens truly believes that Julius has given him the drive and strength to become more ambitious. Today, he has the courage to pursue his dreams and dares to hope for a better life for himself and their future family.

Julius Drake moved to New York City from Jamaica in 2015. Like many immigrants, his parents had already come to the States prior, but life in the Caribbean for a gay, Black man can be downright lethal. Coming to New York allowed Julius to live in his truth. Since arriving, he has been able to pursue professional enterprises in P.R., marketing, media and advertising, but currently works as a H.R. recruiter and benefits coordinator. He has a passion for people and loves to cook and entertain family and friends.

Check out how Wagens and Julius find their own unique ways to celebrate their #BlackLove.

For more We Are #BlackLove, check out our Youtube playlist: https://www.youtube.com/watch?v=HTwFx6AcBaA&list=PLwYJIVuXzoSZu2Q8sVgI1h1MTX_rJljOK