Kris Jenner breaks silence on Tristan Thompson and Jordyn Woods’ cheating scandal: ‘I pray about it’ 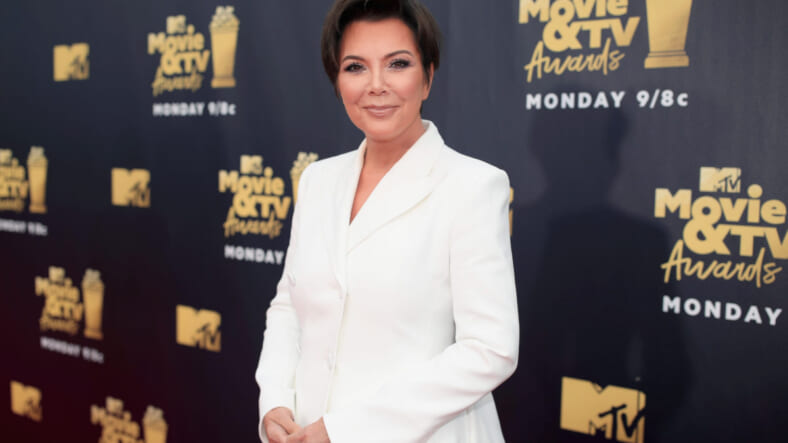 The Tristan Thompson and Jordyn Woods incident can be described as the kiss that shook up the Kardashian/Jenner machine. Now Kris Jenner is speaking out about the scandal.

In February, a media firestorm ensued when a source claimed Thompson had cheated on Khloé Kardashian, mother of his daughter, True, with Woods. Woods was a family friend, bestie and housemate to Kylie Jenner at the time of the alleged event.

Though Kardashian’s siblings have been vocal in the past about her rocky relationship with Thompson, Jenner had yet to address the scandal. But that all changed when she called into Keeping Up with the Kardashian’s producer, Ryan Seacrest’s radio show on Friday.

“First of all, I pray about it,” Jenner said during On Air With Ryan Seacrest. “I really do. I find that you know, just the spiritual side of me has to kick in because otherwise, you know, I feel like I wouldn’t survive.”

According to Us Weekly, Jenner went on to express gratitude that her children have each other for support and trust that they try to make the best decision for them.

“As challenging as some of these situations are, I think that because [my kids] have one another and they try to make really good decisions, that they’re gonna come out the other side with a lot of clarity and a lot of honesty and do what they feel like is the right thing. And I really trust all of my kids to make those good decisions,” Jenner said.

Jenner admitted that there were hardships with going through things like this in the public eye, but she hoped something good would come out of it for the viewers.

“People watch the show and we remind them of things that their family might be going through, or things that they’re experiencing, or don’t want to talk about,” she noted.

—Liam Neeson apologizes once again for a racially charged statement—

According to Us, a source claimed Thompson, 28, was caught “making out” with Woods, 21, at a party in Los Angeles on February 17. Woods would go on the record on family friend, Jada Pinkett Smith’s Red Table Talk Facebook show to deny reports that she pursued Thompson or had sex with him, but she did admit there was a kiss as she left his house. Kardashian tried to come after Woods on Twitter but soon retracted her statements after drawing criticism

The upcoming season of “Keeping Up with the Kardashians,” which premieres on Sunday is set to explore the scandal.

Our hearts break for #KhloeKardashian all over again ? Watch Khloé address the Tristan/Jordyn cheating scandal in the new #KUWTK trailer at the link in our bio. #KUWTK returns for its sixteenth season on Sunday, March 31 at 9pm ET/PT