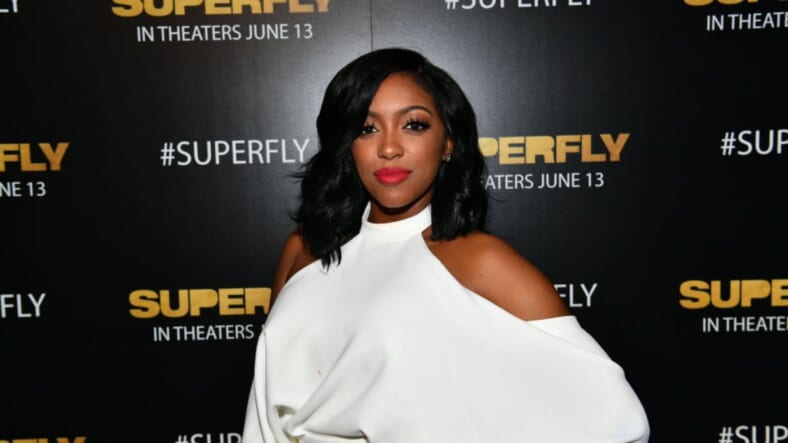 From friends to enemies, back to friends and then back to enemies? It’s getting hard to keep up with the frienemy-ship of the Real Housewives of Atlanta co-stars NeNe Leaks and Porsha Williams, but it looks like things have gotten heated once again in the ATL.

Williams, 37, who gave birth to her first child, a daughter, Pilar, with fiancé Dennis McKinley on March 22, has accused Leaks of fat-shaming her just days after become a new mom.

“This is what my so-called ‘Big sis’ sent me lastnight [sic] 6 days after giving birth. @neneleakes is so miserable and ain’t happy for nobody. It’s not a contest I’m just living my life and being blessed,” Williams wrote on an Instagram post on Friday. “Yes I posted this since you wanna go on live and speak on me yet again talk & about these text [sic] I figured I’d let them see for themselves!”

According to Us Weekly, the texts Williams is referring to show Leaks, 51, calling her a, “lying ass big fat hungry b–ch!” Leaks continued the texts by saying, You know i never put my hands on you! Marlo [Hampton] Cynthia [Bailey] nor Kandi [Burruss] can EVER say that! You want an excuse for going in my closet without my permission so You can talk yo fake s–t on IG all you want but remember my house is lit wit cameras!”

The incident Leaks is referring to is a March episode of RHOA where Leaks caught Burruss and Williams going into her closet without permission, which definitely set the former “Glee” star off. Leaks even went on to allege in the messages that Williams tried covering a bald spot by flipping her hair over it.

—Liam Neeson apologizes once again for a racially charged statement—

Leaks has since denied that claims Williams has made against her responding, “Yo day is coming just like it has in the past! Imma lot of things but what i don’t do is f–k over people and lie for no reason! Just remember I’m the HBIC that YOU want to be!” Then, of course, the two began body shaming each other, which kind of started this whole thing in the first place. Williams responded to being called a “big piggy with the busted shape” by saying, “Girl I know you and them granddaddy long legs and box body not coming for my body !!!!”

According to Us, a source revealed in December 2018 that Leakes had left her costar “out in the cold,” adding: “There’s no reason that NeNe and Porsha can’t be friends. It’s on NeNe’s end. There’s nothing Porsha can do to maintain a friendship with NeNe if it’s going to be like this.”