Black donors tell Democratic pols regarding super PACs: Put up or shut up

Democrats who try to distance themselves from political action committees may do harm to the groups, which are a major source of funding for Black candidates, say vexed donors 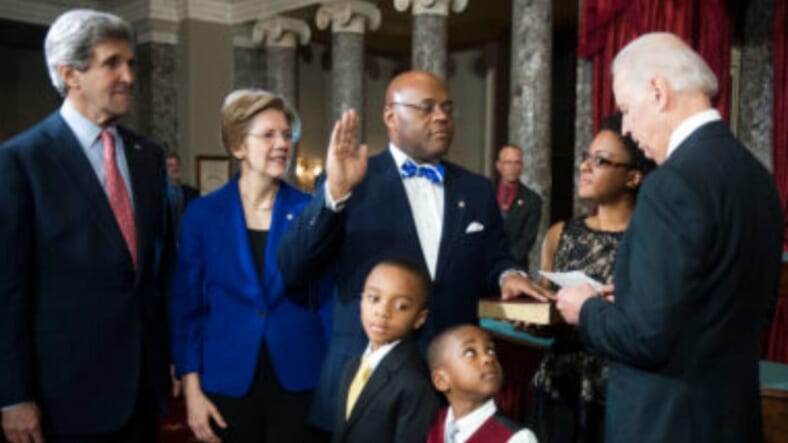 Leading Black political donors are pushing back against their Democratic peers, asking them to stop badmouthing super PACs (political action committees) because the funding they generate often helps Black candidates and other candidates of color stay competitive in political races.

The Collective PAC, which helps get Black candidates elected, sent a letter to Indivisible and Democracy for America urging them to stop asking Democratic presidential nominees to distance themselves from super PACs, whose funding, historically, has helped minority candidates stay competitive in key races, according to POLITICO.

“Whether intentional or not, the effect of what you are calling for is to shut down the one reliable source of revenue for engaging voters of color and for supporting candidates of color,” Quentin James and Stefanie Brown James, the founder and co-founder of The Collective PAC, wrote in the letter, POLITICO reported. “One of the few sources of funding for the work to engage voters of color and support candidates of color has come from Super PACs.”

For the most part, Democratic Party leaders have voiced concerns over super PACs and candidates, like Sen. Elizabeth Warren and Sen. Bernie Sanders, have vowed not to take money from them. But those candidates typically have not had the issues that Black candidates have had in raising money. For example, Sanders announced on Tuesday that he has already raised $18 million in his 2020 bid for president.

New candidates who could benefit the most from super PACs are often candidates of color.

“The Democratic Party and the progressive ecosystem have a very bad track record in terms of investing in candidates of color,” Steve Phillips, a Democratic donor, said in an interview with POLITICO. “There are not many people in this country who have moved more money to communities of color and have moved more money to candidates of color than I have, and I’m not going to be lectured by people who don’t have a similar track record.”

“Citizens United opened the door to a flood of special interest spending that is corrupting our democracy,” the letter read in part, according to POLITICO. “A strong stance in the 2020 Democratic primary against corporate PAC money and against big-money Super PACs will send a larger signal to voters that Democrats stand united as the party of the people and reform.”

The Collective PAC agrees on one key point: the current finance system is flawed. But in correcting the system, the group holds the Democratic Party responsible for ensuring it meets the needs of all of its candidates, including communities of color.

“While the entire progressive movement eventually coalesced behind the historic and inspiring gubernatorial candidacies of Stacey Abrams, Andrew Gillum, and Ben Jealous last year, the bandwagon was much emptier, and the cupboards much more bare during their primary campaigns,” James and Brown James of The Collective PAC wrote, according to POLITICO. “Just a handful of organizations, like ours, built support for the campaigns of those African American leaders and much of the support from that work came from Super PACs created by people of color.”