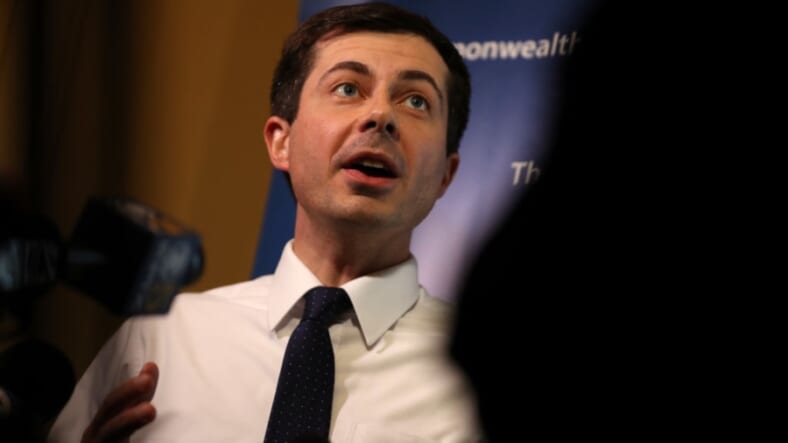 In his first address at the NAN (National Action Network), Democratic Presidential Candidate Mayor Pete Buttigieg of South Bend Indiana, addressed his policy agenda for the Black community by invoking a statement which has become controversial in some parts of the country.

“When we assert what should go without saying but in these times we must assert clearly and again and again- that Black Lives Matter,” Buttigieg told the crowd to applause.

“So a national agenda on criminal justice reform means not only enhancing policing in a more racially just way, not only challenging discriminatory practices in existing laws but addressing the harm done in the decades long war on drugs,” he continued.

“It means reversing and recognizing the harms of mass incarceration, rolling back the private prison industry, that has a financial stake in incarcerating millions of Americans- largely Americans of color.”

Buttigieg is enjoying a political moment in the spotlight, raising $7 million dollars in his first quarter of 2020 election fundraising, despite being the youngest presidential candidate at just 37 years old.

A little background on Buttigieg: he is a military veteran who graduated from Harvard University and Oxford University. He is also notably the only openly gay candidate running for President, an experience he talked about on The Breakfast Club.

“There’s two things can happen when you are conscious of your identity: one is it turns into all these ways we separate ourselves from each other and it just turns into one big ‘You don’t know me,'” Buttigieg said.

“But the other way we can do it is we can say, ‘Okay, I’ve got this experience, you’ve got that experience, what can we talk about that brings us together?'”