In an exclusive statement to theGrio, the N.J. Senator introduces the companion legislation to the HR 40 bill. 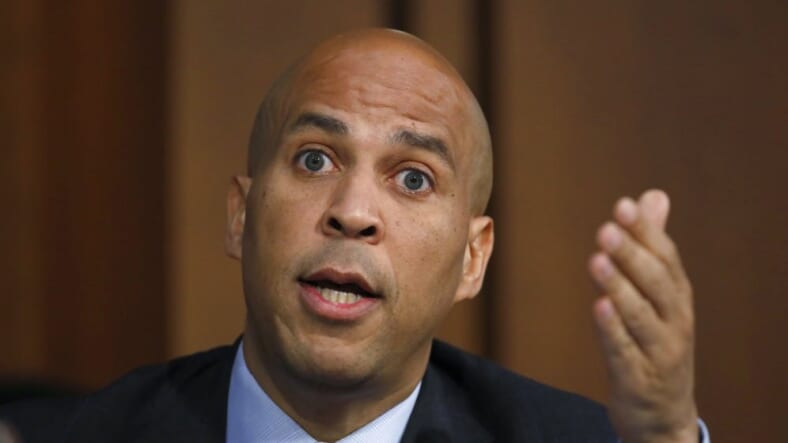 A commission to study reparations for African-Americans may be one step closer to becoming a reality.

A companion version of the HR 40 bill, which was introduced in the House by Rep. Sheila Jackson Lee (D-TX) (and first introduced in 1989 by Rep. John Conyers), is now coming to the Senate.

According to an aide from Senator Cory Booker‘s office, he is backing this companion version of the bill to be filed today, which will study the issue and explore reparations proposals for African-American descendants of slavery. This will be the first of its kind to be introduced to the Senate.

“Since slavery in this country, we have had overt policies fueled by white supremacy and racism that have oppressed African-Americans economically for generations,” Booker said in a statement.

“Many of our bedrock domestic policies that have ushered millions of Americans into the middle class have systematically excluded blacks through practices like GI Bill discrimination and redlining. This bill is a way of addressing head-on the persistence of racism, white supremacy, and implicit racial bias in our country. It will bring together the best minds to study the issue and propose solutions that will finally begin to right the economic scales of past harms and make sure we are a country where all dignity and humanity is affirmed.”

“Since the initial introduction of this legislation in 1989, the importance of examining the institution of slavery in the United States has been recognized across a broad range of our society,” Rep. Sheila Jackson Lee said.

“I am pleased that Senator Booker has introduced a Senate Companion to H.R. 40.  I salute his dedication to elevating the discussion of reparations and reparatory justice, and look forward to the dialogue that this issue engenders on and off Capitol Hill.”

Real economic justice can’t be color-blind; the policies that got us here weren’t. It’s not enough to atone for the past if we’re not confronting the bias of the present. pic.twitter.com/l8HGuRZxR3

Reparations have been a contentious issue in early campaign debates, with more Democratic candidates looking to win approval from Black voters by taking a strong stance on the issue.

The bill states: “To address the fundamental injustice, cruelty, brutality, and inhumanity of slavery in the United States and the 13 American colonies between 1619 and 1865 and to establish a commission to study and consider a national apology and proposal for reparations for the institution of slavery, its subsequent de jure and de facto racial and economic discrimination against African-Americans, and the impact of these forces on living African-Americans, to make recommendations to the Congress on appropriate remedies, and for other purposes.”

Read the text for the full HR 40 bill, which inspired Sen Booker’s proposal.