The returns date back to her tenure as the district attorney for San Francisco. 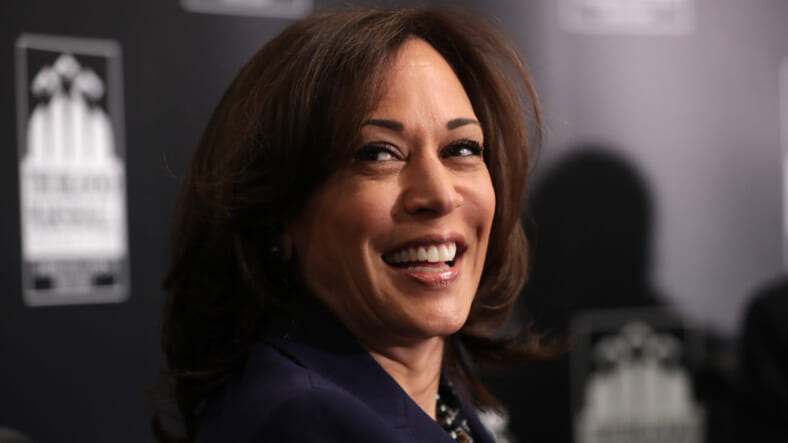 Senator and presidential candidate Kamala Harris has released her tax returns dating back to the early 2000s, which reveal she and her husband, Doug Emhoff, made nearly $1.9 million last year.

The adjusted gross income of Harris and her husband is $1,888,319. Of that amount, Harris was responsible for bringing in $157,352 from her position in the Senate and an additional $320,125 in profit from her memoir.

—Show me the money! Stephen A. Smith on track to become ESPN’s highest-paid on-air personality—

The tax returns highlight each year that Harris has served in office and show that Harris and Emhoff, an attorney, have paid more than a combined $2 million in taxes since they wed in 2014.

Harris is the latest candidate to share her tax returns, following Sen. Elizabeth Warren of Massachusetts, Sen. Kirsten Gillibrand of New York, Sen. Amy Klobuchar of Minnesota and Washington Gov. Jay Inslee. However, according to The Washington Post the income of Harris and her husband places her at the top of those to have done so.

Sen. Bernie Sanders has vowed to release his tax returns this coming Monday, according to the Washington Post. There are no details on when other candidates — New Jersey Sen. Cory Booker, former Texas congressman Beto O’Rourke, or Pete Buttigieg, mayor of South Bend, Indiana — are to release theirs.

Gov. Inslee is continuing the push of many politicians and the general public to have President Donald Trump to release his tax returns. Appearing on Fox and Friends, Inslee spoke on the release of his returns and how Trump has continuously turned down releasing his, which is against tradition.

Earlier this month, Harris revealed her presidential campaign has already raised $12 million, which has come from 218,000 individuals. The fundraising efforts of Harris are believed to come to donations that are under $100.

Support for Harris’ campaign has extended into the Jamaican and Indian communities of America, in response to her mixed ancestry and her take on immigration reform.