In a 1-on-1 interview with theGrio, the Democratic presidential hopeful addresses her agenda for Black America. 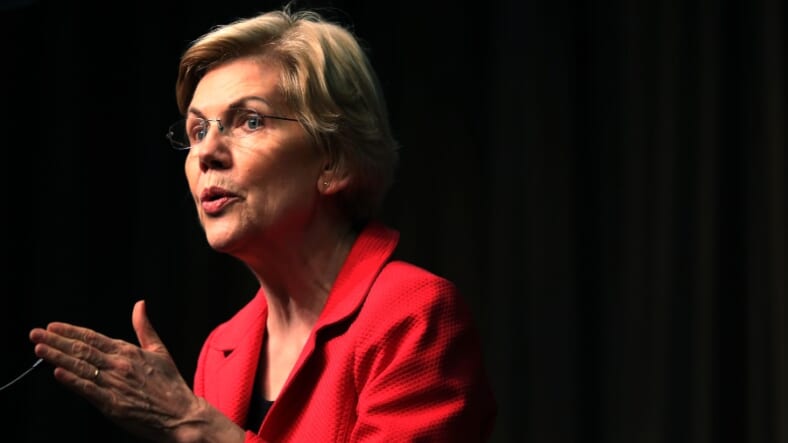 #WokeVote2020 is theGrio’s break down of policy issues impacting Black America during the 2020 Presidential Election. Here we ignore superficial and unimportant arguments, tweets and fights, to get down to what candidates are really proposing as change in America.

When it comes to closing the racial wealth gap in America, one size does not fit all.

That’s the message Sen. Elizabeth Warren (D-MA) is pushing when it comes to addressing racist housing policies that have kept Black families from buying homes in white neighborhoods, resulting in decreased assets.

“Starting back in the early 1900s, 1930s the United States government subsidized the purchase of housing—for white people,” Sen. Warren told theGrio in a recent interview. “And specifically discriminated against housing purchases for Black people with something called redlining.

“They would draw a place on a map that were basically African-American neighborhoods and said, ‘No lending there,'” Warren continued. “So the consequence of that is felt generation-by-generation.”

The 2020 Democratic presidential candidate wants to tackle the injustice with the American Housing and Economic Mobility Act, which includes down payment assistance to buy a home for families impacted by redlining.

“This bill specifically says the United States government did something to Black families with redlining and we’re going to at least take a step direction of trying to right some of that wrong,” she told theGrio.

“It says for anyone who lives or lived in a formerly red lined area, who’s either a first-time homebuyer or who lost a home during the crash, there’s going to be down payment assistance to be able to get them into a home to start building wealth,” she continued.

The proposal is a way to address systemic racism in housing policies that were allowed to proliferate under the aegis of the federal government.

So is this similar to reparations for slavery?

The remedy resurfaced as a key issue for some Black voters and Democrats have been called to the carpet to address it.

“A formerly red lined area” may also include non-Black, poor families who lived there as well,” she said.

Sen. Warren told The New York Times that she supported the idea of reparations, but didn’t going into further detail about a plan.

“It sounds as close as you can go to reparations without making…funding contingent on the race of the applicant,” Jenny Schuetz, a fellow at the Brookings Institution told City Lab in an interview this year.

“She’s trying to target reparations to groups that have been harmed without writing them in such a way that they’re open to abuse or exploitation by people who moved into a neighborhood recently,” Schuetz continued.

“A lot of African Americans and Latinos who live in areas that were previously redlined or are currently redlined are not in a category of a first-time homebuyer,” Lisa Rice of the Fair Housing Alliance told City Lab.

The Fight Against Gentrification

In addition to a down payment assistance clause, Sen. Warren’s housing plan includes building of 3.2 million new affordable housing units across the nation.

Warren says the new homes would not only help the working poor and middle class fight off the ill effects of gentrification, but also create new jobs.

Sen. Warren’s measure also offers $2 billion dollars to people who took out mortgages and were hit hard by the financial crisis.

Black Americans today have it just as bad economically as they did in 1968. Homeownership rates dropped to 43 percent in 2017, compared to 2004 where almost half of us owned our homes.

“I believe if we pick up each other’s fights as our own and we unite behind that idea that we really can be a country—the best country of our dreams,” Warren told theGrio ”

Watch the full interview with Sen. Elizabeth Warren above, where she talks sexism in politics, beating Trump and supporting small business owners. Hit us up in the comments with your thoughts on fixing the housing crisis in Black America.