Alfred Brownell called out a company that processed the material, which disenfranchises people in rural Liberia and in the process saved hundreds of square miles of forest 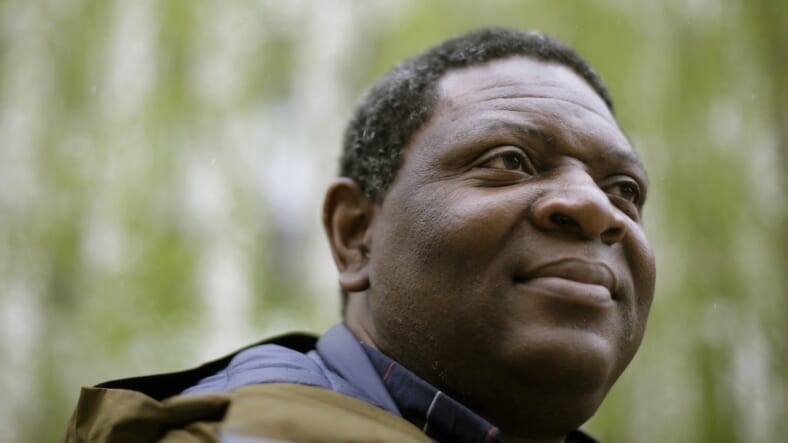 BOSTON (AP) — When Alfred Brownell arrived in a remote Liberian village, the surrounding tropical rainforest had been leveled by bulldozers. Burial grounds were uprooted, religious shrines were desecrated and a stream people depended upon for water was polluted.

Brownell, an environmental lawyer and activist, blamed the devastation on the palm oil company Golden Veroleum Liberia. The company had been given a green light in 2010 by the government to expand in the country and was poised to turn more than 800 square miles (2,000 square kilometers) of lush forest into palm oil plantations.

Brownell on Monday was awarded the Goldman Environmental Prize for exposing alleged abuse by the company and helping to prevent it from converting about 20 square miles (about 50 square kilometers) of forest that is home to elephants, pygmy hippopotamuses and chimpanzees.

He said he was forced to flee the country in 2016 after the government threatened to arrest him for his activism.

“It was total annihilation,” said Brownell, now a visiting scholar at Northeastern University’s School of Law in Boston.

“It was just not that they were destroying the forest, destroying habitat for species and everything,” he said. “They had also a system where they were working with the local government officials who were threatening, harassing and intimidating the communities.”

A spokesman for the company, Randall Kaybee, acknowledged in a statement that “there have been lapses in following its own operating procedures, resulting in grievances among some communities and in the inadvertent clearance of some high carbon stock forest areas.” He said measures have been put in place to address these problems.

Gregory Coleman, who now heads Bureau of Concessions under Liberia’s current government, said authorities are working to avoid past problems like those that arose with Golden Veroleum.

“A green Liberia is the ultimate goal of this government and we have agreed to halt all expansions until we can line up all the requirements in accordance to international best practices,” he added.

For his work saving forest lands, Brownell won the Goldman prize along with five others for grassroots environmental activism. The prize was created in 1989 by the late San Francisco philanthropists Richard and Rhoda Goldman. Winners are selected from nominations made by environmental organizations and others. The prize carries a $200,000 award.

The other winners are:

— Ana Colovic Lesoska of North Macedonia, whose seven-year campaign helped stop hydroelectric projects from being built in the country’s largest national park and home to the endangered Balkan lynx.

— Bayarjargal Agvaantseren of Mongolia, who led the fight to create the 2,800 square miles (7,300 square kilometers) Tost Tosonbumba Nature Reserve. It is the country’s only federal reserve for snow leopard conservation.

— Jacqueline Evans of the Cook Islands, whose work led to the conservation and sustainable management of all 763,000 square miles (1.98 million square kilometers) of the Cook Islands’ ocean territory and creation of 15 marine protected areas.

— Alberto Curamil of Chile, a jailed indigenous activist who had protested several hydroelectric projects in the country. His efforts were credited with halting two projects and protecting a critical ecosystem surrounding the Cautin River.

Despite Brownell’s campaign, palm oil development remains a threat in Liberia as mostly Southeast Asia companies move to expand their operations beyond Malaysia and Indonesia to West Africa.

Golden Veroleum, one of the largest palm oil companies in the country, still holds the concession it signed with the government in 2010 to develop 800 square miles (2,000 square kilometers). Kaybee said the company is confident it will able to develop “a significant part” of the land in its concession while conserving forests.

Supporters say Brownell deserves much of the credit for forcing palm oil companies to change the way they do business in Liberia.