REVIEW: ‘When They See Us’ is the story the Central Park Five actually deserved

The four-part series from Ava DuVernay premieres May 31 on Netflix. 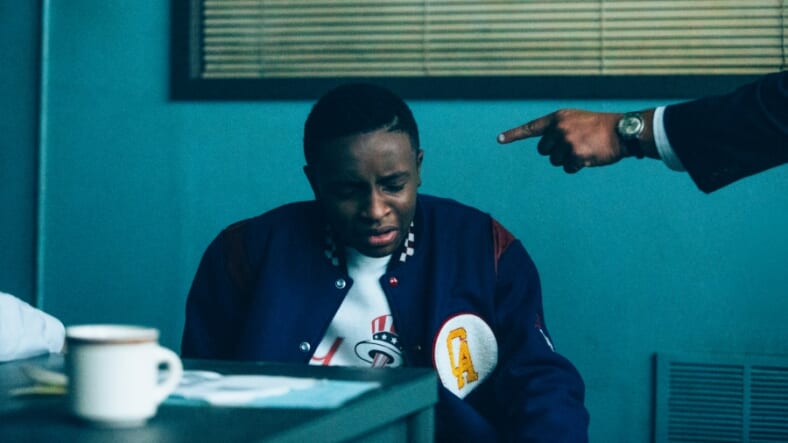 Just minutes into watching Netflix’s new limited drama series When They See Us, and you understand that justice is finally going to be served.

Of course by now we know how the story of the Central Park Five ends: a hunt for Black and Latinx boys to take the blame for the horrible rape of a female jogger, an innocent group of teens losing years of their lives behind bars and the eventual “my bad” from New York City more than a decade after most had come home.

However, acclaimed director Ava DuVernay sets out to get the story right this time, using the recollections of Antron McCray (played by Caleel Harris and Jovan Adepo), Yusef Salaam (Ethan Herisse and Chris Chalk), Raymond Santana (Marquis Rodriguez and Freddy Miyares), and Kevin Richardson (Justin Cunningham), and Korey Wise (Jharrel Jerome) to offer truth that the NYPD, mainstream media and self-interested politicians did their best to ignore and hide in 1989.

“For a long time this narrative has not been theirs,” says actress Niecy Nash, who plays Delores Wise, mother of Korey Wise. “It’s been told by other people. This is the time for some sort of healing to manifest in their lives because the story is from their lens, vantage point them and their families.“

When They See Us is the due process that the Central Park Five never got from a system that was supposed to treat them as human beings.  With surgical precision, DuVernay portrays how police detectives piece together their version of the crime to get the case closed, going as far as making up timelines to close gaps and ignoring crucial evidence.

The scenes of detectives coercing confessions out of the young boys without their parents present are some of the hardest to watch.  They show how privilege, class, wealth, and race all produce different outcomes in the criminal justice system.

The series also extensively examines how incarceration has ripple effects far beyond the four walls of a jail cell.  Each episode tells the story of five different families, all grappling with the heartbreak of their loved ones’ absence.  The juxtaposition between Yusef Salaam’s strong support network at home and Korey Wise’s near-abandonment is agonizing to watch.

At one point, Korey begs his mother for a little money to put on his commissary as he tries to find ways to please abusive guards who are exploiting him.  She cries- almost chastising her son- that she has nothing to give him.

The series portrays how one by one as all of the Central Park Five come home from jail (except for Korey Wise, the only boy sent to adult prison), you may anticipate the Hollywood happy ending you’re used to seeing on TV is coming.  Except the tragedy only unfolds further at home.

Each boy-turned-man encounters different oppression, probation systems, employment discrimination, the seductive lure of vicious street life, and some form of estrangement from their families and communities.  Despite the injustice and the protests that took place in their defense, life somehow moved on without them, and the world had little time to catch them up properly.

The redemption they should’ve been able to experience for paying the price for a crime they didn’t commit isn’t waiting for them.

While the Central Park Five eventually received a landmark 41 million dollar settlement, the figure comes far short of what they deserve for the hell they endured.

Perhaps the real power in DuVernay’s masterful retelling of the Central Park Five story is that it reminds us of all the Black bodies locked away right now who are suffering, and how vigilant we must be to protect those who are still free.

“A lot of this happened because we didn’t know what our rights were- our basic common human rights,” says actor Michael K. Willams, who stars as Bobby McCray, the father of Antron McCray. “It’s our responsibility to not believe everything we see.”

As ‘criminal justice reform’ becomes all the rage, many will claim they want to see justice served– including President Donald Trump who once called for the death penalty for all five boys.

However, until America confronts its bias- why they can’t see humanity “when they see us,” the dark and terrible chapter of history from The Central Park Five, will only repeat itself.

That’s a tragedy we can’t afford to relive.

Natasha S. Alford is Deputy Editor of theGrio, where she covers social issues, politics, and culture. Follow her latest stories, news updates and interviews on Instagram and Twitter at @NatashaSAlford and#ThePeoplesJournalist.

When They See Us premieres on Netflix, Friday May 31.