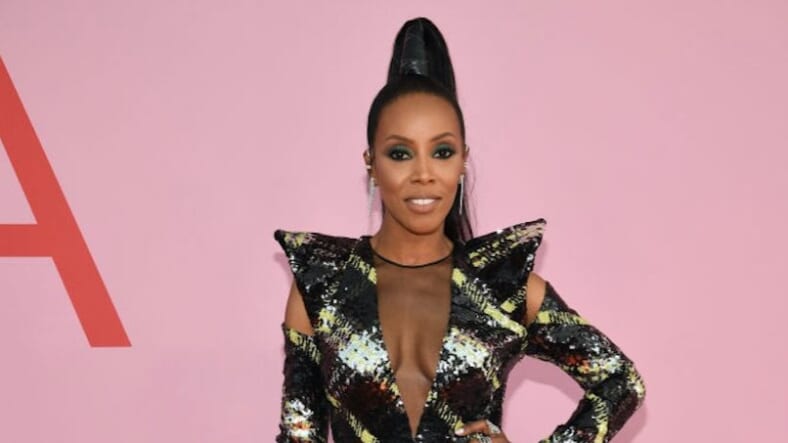 June Ambrose is usually at the top go her game when it comes to the fashion world, but the costume designer made a major flub while hosting the CFDA Awards red carpet at the Brooklyn Museum on Monday night.

While chatting up entrepreneur Hannah Bronfman, she asked if deceased designer Kate Spade would be attending the event before wondering aloud if she skipped her spot on the red carpet.

Obviously, Ambrose didn’t recall that Kate Spade committed suicide last year, although she referred to her as one of her favorite American designers.

“Are you here with Kate? Is she here?,” Ambrose asked.

Of course, viewers went wild on social media and accused Ambrose of being insensitive.

“Why did the host at @cfda just ask someone if Kate Spade was there?!!!? Insensitive af. Wow,” one user tweeted.

“This girl is hosting the CFDA live stream needs to be fired. How do you not know kate spade passed away like whattttt and she knows nothing about these people,” said another.

June Ambrose has yet to formally address the mistake, but briefly alluded to it before she signed off.

“It has been my honor and pleasure to host, screw up and cause chaos tonight on this carpet for you,” she said at the end of her hosting stint. “I hope you enjoyed and learned as much as I did.”