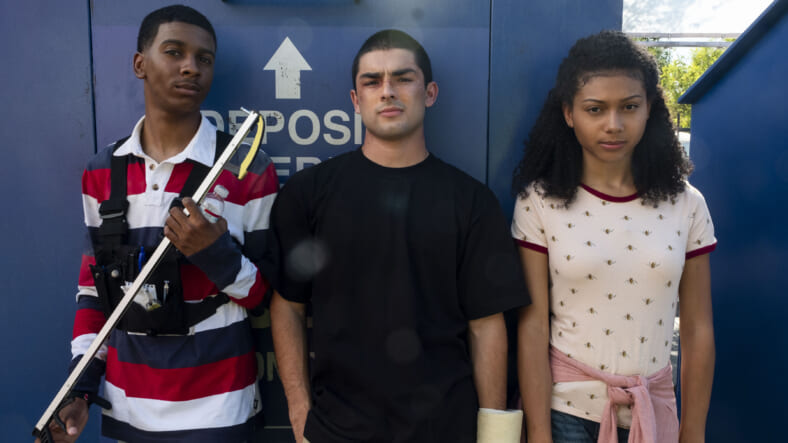 The stars of the hit Netflix series On My Block are currently looking for a major pay increase as they negotiate their contracts for season 3.

According to The Hollywood Reporter, four of the show’s lead actors; Sierra Capri, Jason Genao, Brett Gray and Diego Tinoco are asking for compensation that matches what the cast of 13 Reasons Why earns. The actors reportedly earned $20,000 per episode for the first two seasons of On My Block, the show Netflix deemed  “most-binged show” of 2018.

Sources told the outlet that the actors are asking for $218,000 per episode–or $1.75 million for the eight-episode season.

Netflix has countered with a boost from $20,000 per episode to $30,000, and, in its latest offer, $40,000 per installment. That is still far short of what the supporting cast of 13 Reasons Why are earning for season three and beyond.

It is standard practice for casts of successful series to renegotiate their contracts after the second season. As a policy, the streamer does not disclose viewership information publicly.

Let’s hope these talented teens get the compensation they deserve from the streaming service that proudly pushes its inspiring #StrongBlackLead campaign.