Flint residents were frustrated, shocked, and saddened to learn that prosecutors must now look at hundreds of mobile devices and millions of documents that the previous investigative team never touched. 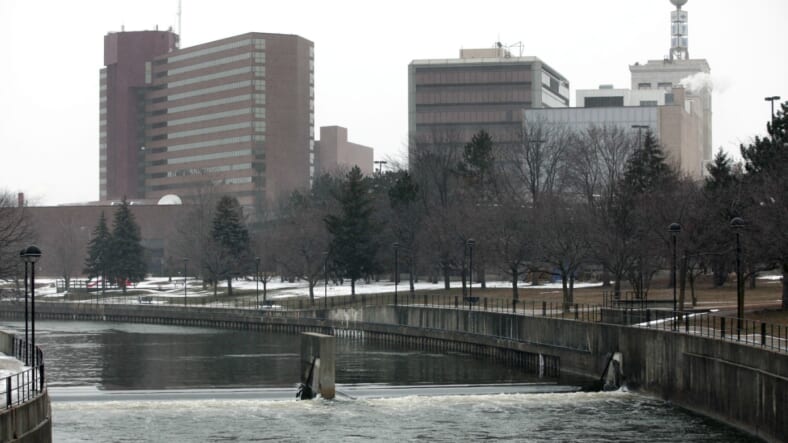 Two weeks ago prosecutors in Flint, Mich. dropped charges against the eight people involved in the Flint water scandal.

After the shocking decision prosecutors sat down with residents of Flint on Friday to explain their decision in a public forum.

According to The Associated Press, Flint residents were frustrated, shocked, and saddened to learn that prosecutors must now look at hundreds of mobile devices and millions of documents that the previous investigative team never touched.

About 100 residents showed up to Union City Hall on Friday night to hear from Michigan Solicitor General Fadwa Hammoud and Wayne County Prosecutor Kym Worthy about dismissing the charges against former state health director and other government officials.

“We have received information that is absolutely relevant to our investigation that we have never had before,” said Hammoud, who took over the investigation of Flint’s lead-contaminated water in January following the election of Dana Nessel, a Democrat who succeeded Republican Attorney General Bill Schuette, AP reported.

Although charges have been dropped in the three year long investigation, they still have the opportunity to refile criminal charges against water scandal-linked officials, writes The Detroit News.

Hammound claims her team has to review over 200 million documents that her team has uncovered in a month, these include search warrants that the previous team never retrieved in three years.

But many residents had mixed emotions about the investigation basically starting over. Some were thankful, agreeing that the last investigation was going nowhere, while some worried the statute of limitations for felony crime, misconduct in office, could expire in nine months.

Whistleblower Arthur Woodson said the defendants who pleaded no contest, “got less time for poisoning over 98,000 people than somebody stealing a slice of pizza. People have died. … I have PTSD. It’s hard to trust. But what I heard here today: Y’all have been totally honest.”

Another resident, Marijoyce Campbell, was tearful when explaining herself, AP said. “I cannot believe something like this can happen,” she said. “Please, please tell me some heads are going to roll, that somebody is going to pay for all this murder, all this criminal activity.”

The water crisis came about when lead from old pipes leaked into drinking water in 2014 and 2015 due to a lack of corrosion-control treatment.

Four of the eight defendants in the case were facing involuntary manslaughter charges, including, former state Department of Health and Human Services Director Nick Lyon.