Fifteen Kenyan families of victims killed in a plane crash in Ethiopia this past March rejected Boeing's proposal to compensate them, for what happened to their loved ones. 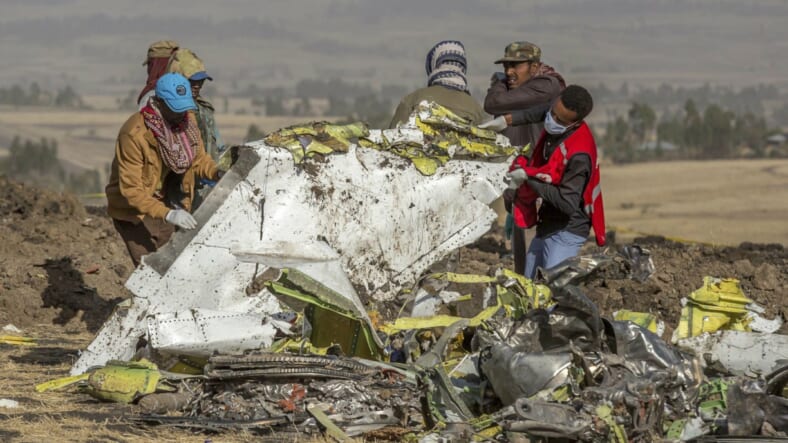 Fifteen Kenyan families of victims killed in a plane crash in Ethiopia this past March rejected Boeing’s proposal to compensate them, for what happened to their loved ones.

Instead of taking the payout, these families have decided to to pursue claims in court according to ABC News.

“So far our clients have rejected negotiations outside court,” Lawyer Irungu Kangata said. Kangata said Boeing has tried twice to initiate settlement negotiations with them in June. He also said they are not pursuing compensation from Ethiopian Airlines.

According to Fox News, Within the last year Boeing aircraft 737 max has killed 189 people leaving and Indonesian airport in November 2018 and 157 people leaving Ethiopia in March.

Families and relatives of passengers on the Lion Air 737 Max that crashed off the coast of Indonesia agreed to try to settle through mediation. But until more is known about the accident, families of passengers killed in an Ethiopian Airlines crash are waiting, ABC News reports.

On Wednesday Boeing said they will give $100 million over several years to help families and communities affected by two crashes of its 737 Max planes that together killed 346 people. Boeing also made sure to mention this offer is separate from any compensation that may result from the lawsuits against the company.

Boeing also promised to partner with local governments and non-profit organizations “to address these needs”, The Guardian reported.

In April, Boeing said expects estimate that the crashes will cost them over $1 billion. Boeing has also cancelled its financial outlook for 2019 and  thrown away plans to reward shareholders by offering to buy back some of their stock.