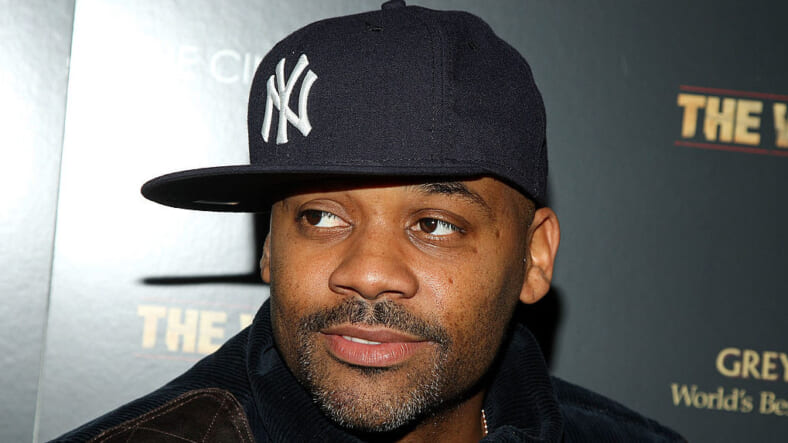 Dame Dash is ready to take over the small screen on BET’s new music competition series The Next Big Thing.

Hosted by Charlamagne, the show will feature ‘The League,’ comprised of Dash, A&R vet, Tina Davis, and hit-making producer, Zaytoven. The League will enlist their celebrity friends like Tamar Braxton, Remy Ma, Joe Budden, and the late Nipsey Hussle as mentors for the contestants.

“I really did it as a favor to Tina. I’m a guy I didn’t say no to friends and I knew that she knows me well, so she must have wanted that honest perspective that actually goes against the grain of the traditional way to approach the music business,” he says.

“And I knew that would be different because you know not only am I gonna be telling you what I really feel about what you’re doing, if it’s going to help you I’m going to tell you how I would do things which is a lot different than others. I’m about independence and about teaching people how to really have a sustainable career…So you learn the creative aspect of it and the discipline that comes with that. But you also learn the business aspect of it as well and also the spiritual and what I consider the real wealth of it all.”

Viewers can expect to see Dame Dash and his fellow experts hash it out when they disagree.

“I have opinions that again don’t somewhat coincide with my other judges and we get at it honestly. We all stand our ground. We all have opinions. That’s what we while we are still here today. So that combination as well is pretty interesting. And you know I thought BET was brave because you I look at them as my competition. I got my own television network.”

Dame Dash has been known to speak his mind and he will continue to do so on The Next Big Thing. During our interview, he explained why it’s so important for people to “deprogram” from the “slave mentality” that he feels permeates society.

“I’ve never been one to try to be accepted at another person’s table because I’ve got to live by their rules which usually don’t coincide with mine and they’re usually not in my best interest. They don’t behoove me. As of yet this industry has been built to exploit us for our benefits or for us to get our benefits taken for us not to be able to reap the fruits of them. It’s a different time. We’re aware because of the Internet and that direct-to-consumer relationship and all the information that people have and the different kinds of platforms, there’s really no excusing letting anybody rob you these days,” he explains.

“So this is a day of building your own table if you’re built for that. If you have a boss mentality, if you’re not running around being controlled by patterns that we’re born into where we don’t have choices. I consider that a slave mentality. Any chance I get on any platform I get, BET other, I’m going to promote this deprogramming the slavery mentality keeping us in line. Us all thinking we have to do the same thing to fit in and all these rules, down to education that we live by today were all implemented by people that had slaves. So why do we listen to rules that we know were made to control our mind because they couldn’t control our physical? It’s illegal to physically enslave somebody but to mentally enslave someone is not illegal. It’s really your choice. So my thing is to make you aware of that slavery mentality that needs to be broken and deprogrammed at all times.”

Check out the full interview with Dame Dash above.