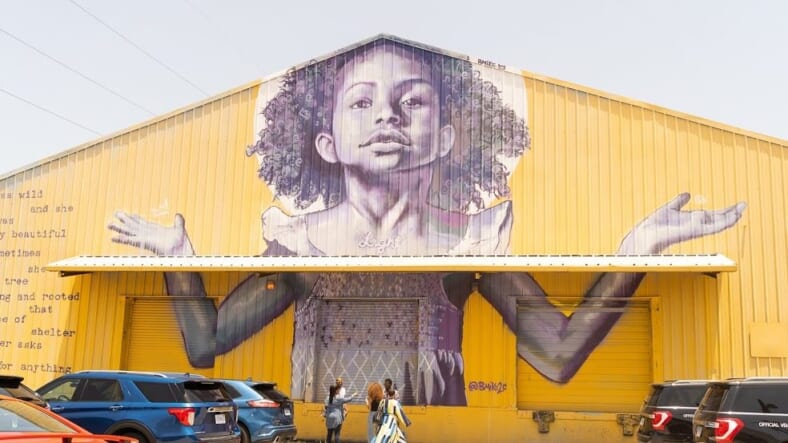 “I am my ancestors’ wildest dreams.” That’s the now well-known phrase emblazoned on t-shirts and popularized by the likes of Ava DuVernay and Oprah Winfrey.

That saying started out as a phrase on a painting by New Orleans artist Brandon “BMike” Odums. The original painting was sold some time ago, but Odums’ other vibrant, engaging work can be found at Studio BE in New Orleans, a stone’s throw from Homer Plessy Way where a train car incident became the catalyst for the U.S. Supreme Court’s 1896 “separate but equal” decision, which put a federal stamp of approval on racial segregation. It took more than 50 years to reverse that decision (Brown v Board of Education) and still today the effects of “separate but equal” are woven into the fabric of institutions and everyday life.

The close proximity of such an important historical location to a millenial artist’s contemporary work further underscores the name BMike chose for his exhibition–”Ephemeral Eternal.” 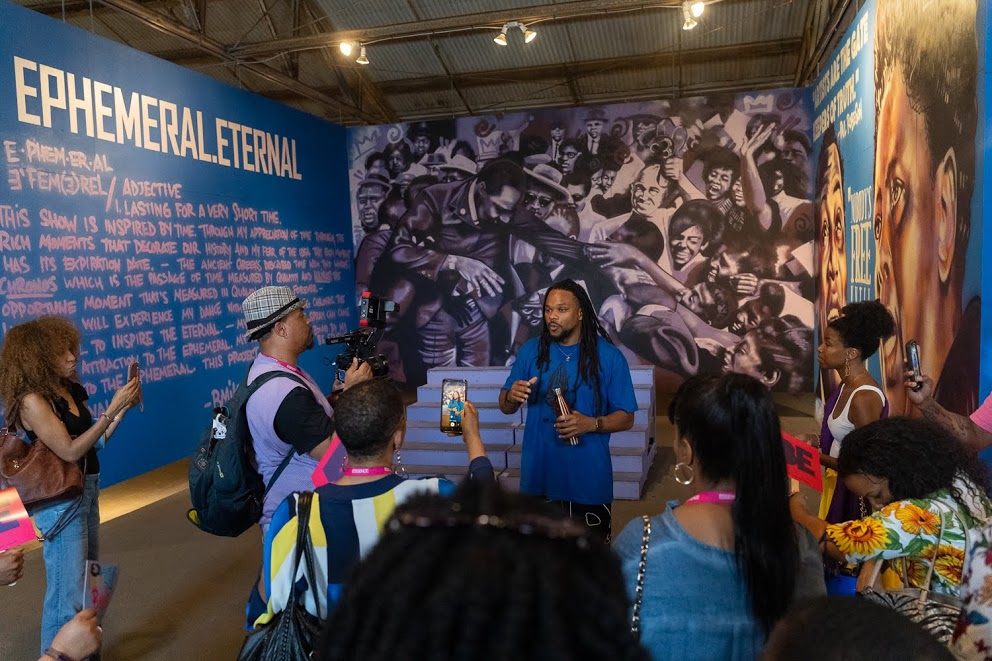 “This show is inspired by time. Through my appreciation of time through rich moments and my fear of the idea that each moment has its expiration date,” says BMike about the exhibition’s name. “Dr. Martin Luther King is the first piece of #EphemeralEternal. Dr. King is a perfect example of the Ephemeral Eternal. Through his physical was ephemeral, his impact through his contributions to the community have made his legacy eternal.”

The expansive warehouse space that houses BMike’s work is filled with different facets of the Black experience. From a sobering multi-media exploration of water’s power (think Hurricane Katrina) to touching, interactive ruminations on love, Studio BE is a moving testament to Black artistry and humanity.

TheGrio’s Senior Editor Demetria Irwin was among several journalists who got the opportunity to tour Studio Be during this year’s Essence Festival courtesy of Ford offering up test drives of their latest fleet of vehicles, including the 2020 Explorer. The Explorer (dubbed the Blue Beauty by Demetria who rode shotgun) had innovative features such as the ability to find a parking spot for the driver and even has self sealing tires so a pesky nail on the road won’t mean a flat tire. 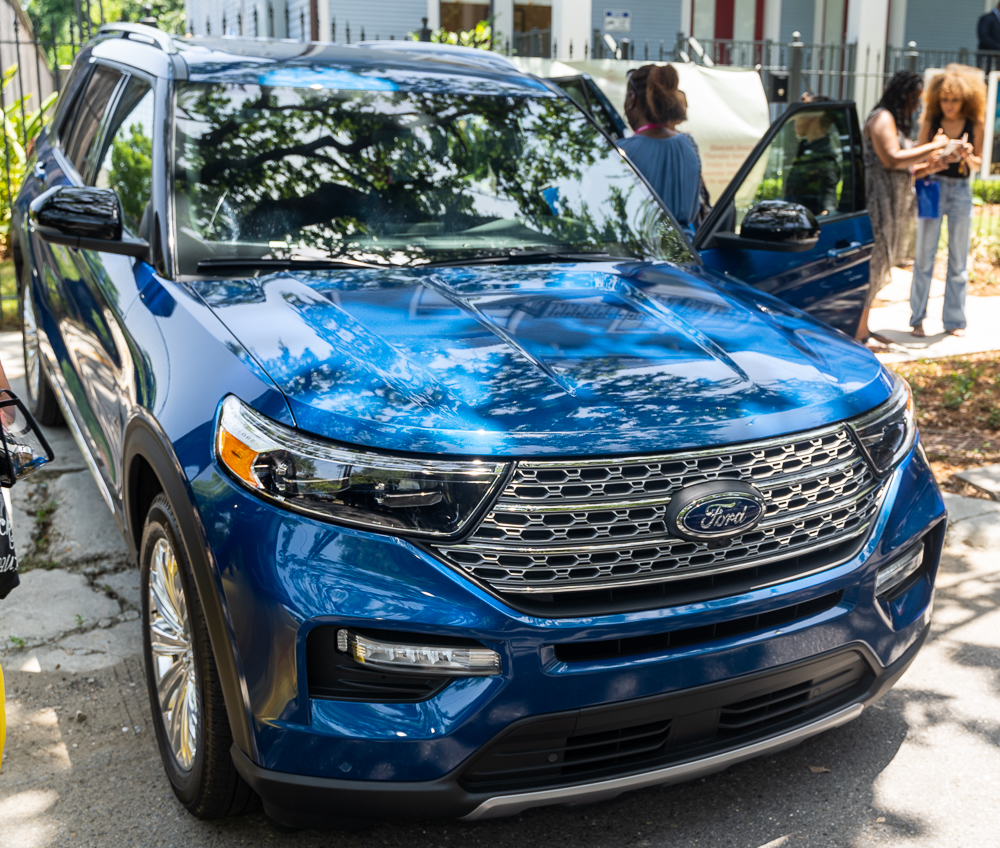 There were no bumps in the road getting to Studio Be from the New Orleans African American Museum (NOAAM) located in the historic Treme area. Ford hosted a brunch for their #MyFordFam campaign at the newly re-opened museum and introduced journalists to the Executive Director Gia Hamilton as well as artist Melissa Mitchell who hand painted Adidas sneakers for Ford’s Paint the Future Proud initiative.  Back at the Convention Center for Essence Fest, other Ford reps were giving away a car, doing lip makeovers with Ford’s Detroit-based beauty partner The Lip Bar, and hosting fun, interactive virtual test drives. 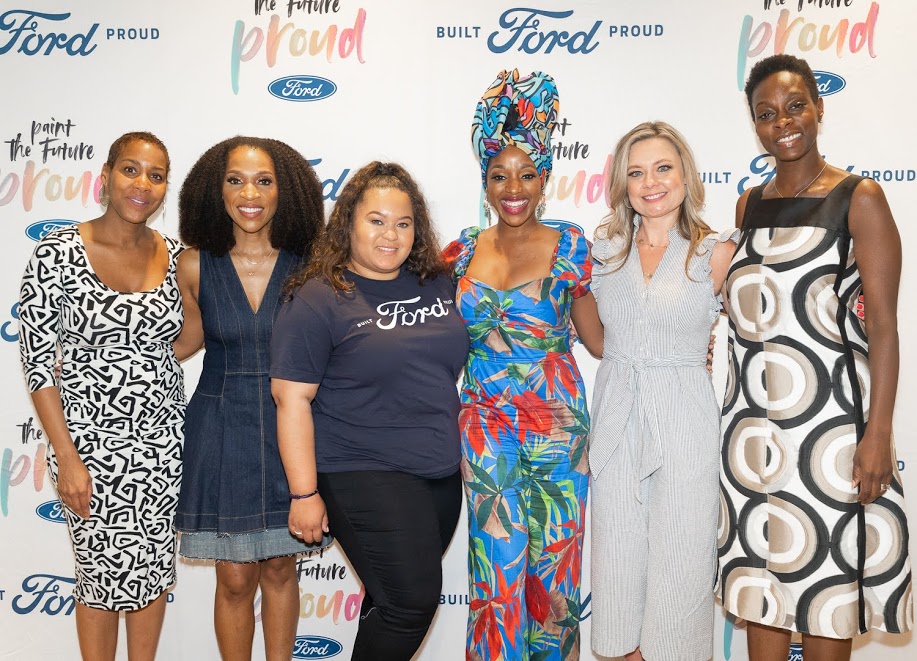 At NOAAM, Hamilton gave a substantive and (literally) colorful  tour of the museum which is situated in a community that had been home to progressive, free Black people since the 1850’s. One exhibition was called Claiming Space. It featured 10 commissioned works and 40 historical posters about the work of dismantling racism.  In the museum’s administrative building, which is handsome on its on, one can find more historical information, maps, and photographs about beloved New Orleans. This fall, visitors will have the pleasure of enjoying an exhibition called AfroFuture: Ground Zero, which will showcase contemporary artists. 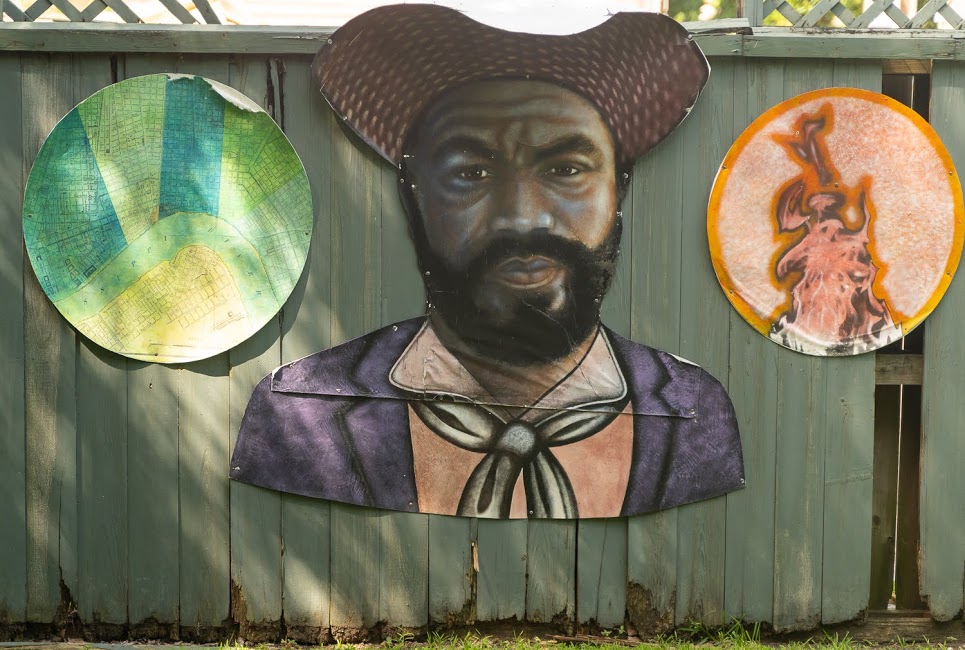 Just two days after Ford hosted the arts and culture tour of New Orleans, the Crescent City was flooded by Tropical Storm Barry.

TheGrio asked Studio BE about the status of the artwork given the floods and the prediction that Barry would make landfall by the weekend.

“We do prepare as much as possible to preserve the space during times like this. We usually remove anything placed closest to the ground into leak-free storage boxes, we place sandbags and buckets in the areas where there are prominent leaks, and we make an effort to unplug any electrical devices such as the projector, dvd players, speakers, etc,” noted , Studio BE’s Manager of Operations Liz LeFrere in an exclusive interview with theGrio.

“Ironically, a lot of people think that the flooding in our water room is intentional, however, this is not the case. The building we are housed in is rather aged and that room in particular experiences heavy flooding from time to time, almost blending in with the installation,” said LeFrere.

In the photos below, you can see the haunting reflections of the installations and paintings in the flood water that seeped into the building. 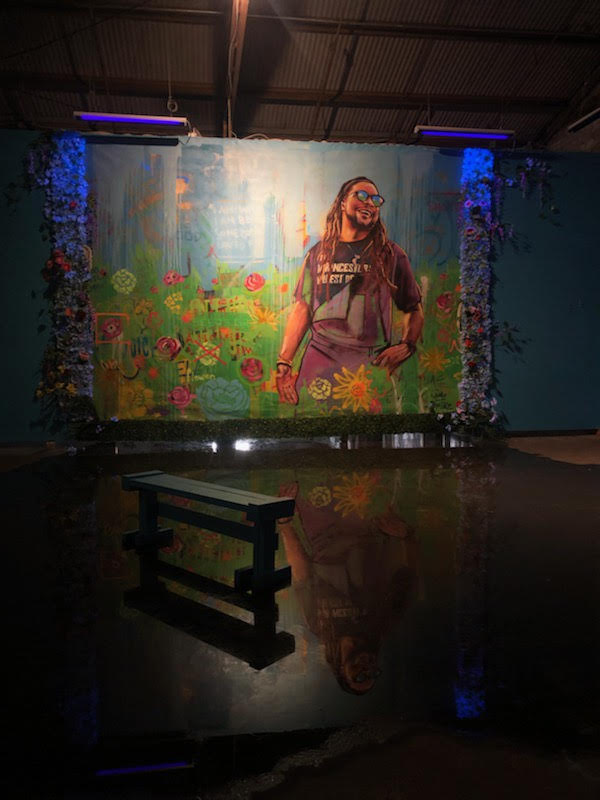 Flood at Studio BE [Photo Courtesy of Studio BE] 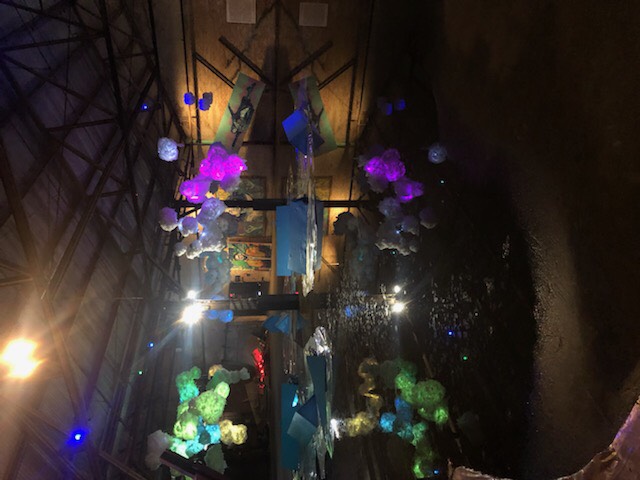 Flood at Studio BE [Photo Courtesy of Studio BE]

Keep up with Studio BE and NOOAM on their respective Instagram pages.