More than four million images originally published by the iconic Johnson Publishing Company were auctioned off to a group of buyers, in order to settle a post-bankruptcy debt 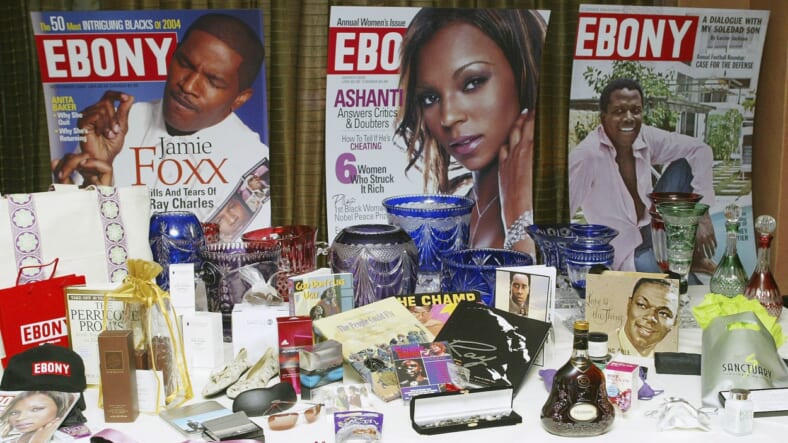 After months of looking for a buyer to resolve debt after a bankruptcy filing, the photo archives of EBONY and JET magazines were sold at auction on Thursday.

A group of buyers that includes  the J. Paul Getty Trust, in association with the Ford Foundation, the John D. and Catherine T. MacArthur Foundation and the Andrew W. Mellon Foundation. purchased the historic photos for $30 million, according to Chicago radio station WBEZ.

READ MORE: Ebony to auction off its prized photo archives to pay creditors

The archive, which chronicles seven decades of Black life in America and consists of millions of images, was placed up for auction by the Chicago-based Johnson Publishing Co., after filing for Chapter 7 bankruptcy in April.

According to the Chicago Tribune, the archive will go to the Smithsonian National Museum of African American History and Culture, the Getty Research Institute, as well as other institutions so that researchers and scholars will have access.

“There is no greater repository of the history of the modern African-American experience than this archive,” James Cuno, president of The J. Paul Getty Trust, said in a press release. The trust is the lead purchaser in the consortium. “Saving it and making it available to the public is a great honor and a grave responsibility.”

Earlier this year, reports stated the money collected from the sale of the photo archives would go toward settling debt with numerous creditors. Johnson Publishing has been trying to sell the archives since 2015, when its value was appraised at $46 million. The company sold the magazines and their websites to the Texas-based Clear View Group in 2016. The bankruptcy and auction sale does not affect the publications.

Creditors owed include filmmaker George Lucas and his wife financial investment advisor Mellody Hobson, who own Capital V Holdings and gave a $12 million loan to Johnson Publishing. Lucas and Hobson were eligible to bid on the archives using the money that was owed to them. They could also have received the full collection in foreclosure if there had not been another bidder for the archives.

“The Johnson Publishing archives are an essential part of American history and have been critical in telling the extraordinary stories of African American culture for decades,” Lucas and Hobson’s company said back in April. “We want to be sure the archives are protected for generations to come.”

The archives are stated to hold over four million images from decades spanning the civil rights era and in the years since, including iconic images of Muhammed Ali and other prominent African-American figures.

A hearing on the sale was slated to begin on Thursday in bankruptcy court in Chicago.