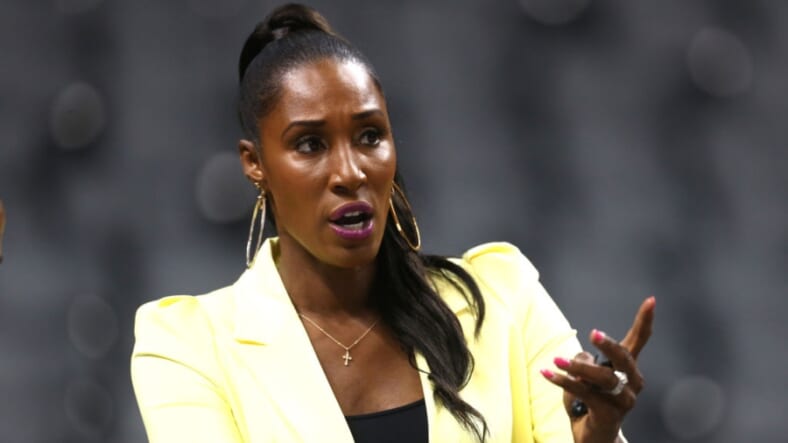 Retired women’s basketball star and BIG3 league coach Lisa Leslie says it’s time for companies to put their money where their mouth is when it comes to equal pay for women.

The 6-foot-5 former WNBA champion with the LA Sparks, and three time MVP has built a thriving career complete with multiple Olympic gold medals, modeling and acting gigs, TV commentary, and an MBA to top it all off.

But the issue of fair pay is something that still troubles successful athletes like Leslie, as evidenced by the recent U.S. Women’s Soccer team controversy. The Women’s World Cup champions sued the U.S. Soccer Federation for gender discrimination over being paid less than the men’s team, despite bringing in more revenue.

“I think we the people have to enforce and get behind the companies that support you. Figure out what companies support your communities, what companies are supporting the idea of inclusion of all people,” Leslie told the crowd at the Women of the BIG3 Power Luncheon this month in New York.

“It’s all about money, right. And if we stop supporting the companies that don’t support us, we will get their attention,” Leslie said.

Leslie is currently coach for the Triplets in the BIG3, a men’s basketball league, founded by rapper and businessman Ice Cube. “The leadership of the Big 3, they pay Lisa and I equal to our male counterparts,” said Basketball Hall of Famer, Nancy Lieberman, who is also a coach in the league.

INDIANAPOLIS, INDIANA – JUNE 23: Head coach Lisa Leslie of the Triplets celebrates with BIG3 co-founder Ice Cube after defeating the Aliens during Week One of the BIG3 three on three basketball league at Bankers Life Fieldhouse on June 23, 2019 in Indianapolis, Indiana. (Photo by Andy Lyons/BIG3/Getty Images)

Leslie, who is also a married mom of four (two are whom are her biological children with her husband Michael Lockwood), is a champion for fair pay, while serving as an example that women can prioritize their careers and family together.

“I choose jobs that allow me to be a wife and a mom first,” Leslie said. “And to have these nontraditional jobs are great,” Leslie told The New York Daily News.

But Leslie knows that her dream scenario of being paid equally with workplace flexibility is a reality most women don’t face.

“It’s important for all of us to continue to spread this message and expose companies that don’t support us, says Leslie.

Happy Father’s Day from Monte Carlo! Love and Time is the best gift we can give our children❤️