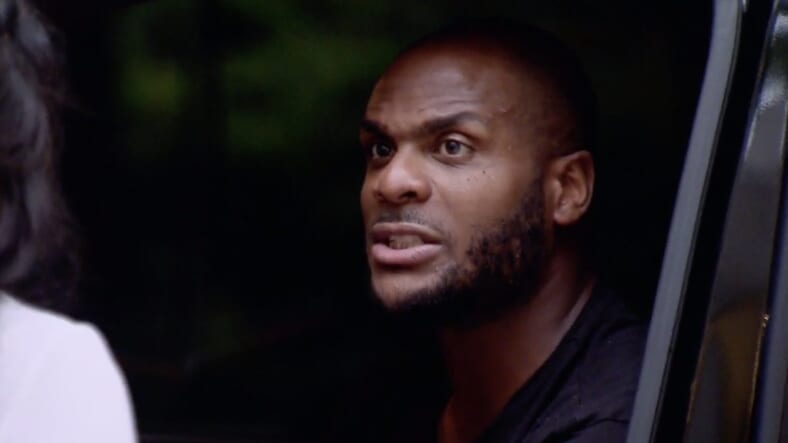 Fans of Real Housewives of Atlanta may remember the hard time Kenya Moore had with Matt Jordan, and now looks like her instincts were right.

The former beauty queen kicked her man to the curb after he demonstrated aggressive behavior and now he has been arrested in Arizona on multiage charges after allegedly punching his current girlfriend int he face.

According to reports, Jordan was booked for trespassing and three separate charges including aggravated assault, theft, and threatening/intimidating with damage to property. His bail was set at $3,250 and he’s reportedly still in custody.

TMZ obtained the arrest report and claim it details a violent altercation between Matt Jordan and his current girlfriend, Valerie Bell. She claims he punched her in the face at a Denny’s parking lot on Saturday morning in front of a witness who is backing her story.

Jordan had already left the scene when police arrived, but circled back to Bell’s home that night, where he was picked up and arrested for trespassing. He reportedly had an outstanding warrant stemming from an incident in April, leading to the three additional charges.

Back when they were dating, Kenya Moore was disturbed by Jordan’s explosive temper which led him to kick in her glass door at one point. She obtained a restraining order against him in 2017 after claiming he threatened her and harassed her repeatedly.