Despite taking multiple jabs over his record on race in the debates, he is doing consistently well among African American voters 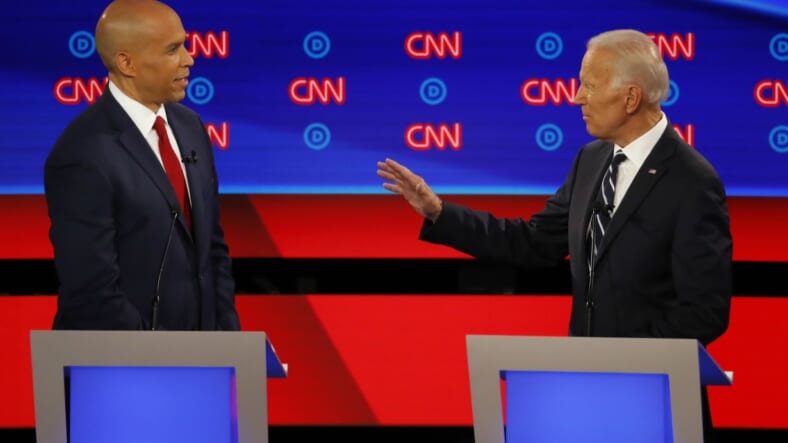 Former Vice President Joe Biden, likely still popular for his time in the White House with President Obama, is still doing well among Black voters, according to a recent poll.

Despite some negative stories that continue to surface about Joe Biden’s voting record on race, and a surprise attack from presidential hopeful Sen. Kamala Harris in the first Democratic debate in June, Biden still remains the frontrunner among African-American voters, according to NBC News.

In a recent Quinnipiac poll, 53 percent of Black Democratic primary voters said they supported Biden. This compares to 8 percent who back Sanders, 7 percent who say they’ll vote for Harris, and out of the remaining candidates, none received more than 5 percent of the tally.

This poll seems to mesh well with an earlier NBC/WSJ poll taken in early July where 46 percent of Black respondents said they supported Biden and 17 percent supported Harris.

Biden was also more prepared at this week’s Democratic presidential debate – and it showed.

Harris and Sen. Cory Booker came at him with his 1980s and 1990s sentencing laws during Biden’s stint as senator.

“This is one of those instances where the house was set on fire and you claimed responsibility for those laws,” Booker said. “And you can’t just now come out with a plan to put out that fire.”

Biden hurled some shots right back at them, according to ABC News.

“The Justice Department came after you for saying you were engaging in behavior that was inappropriate, and then in fact nothing happened,” Biden told Booker.

And Rep. Tulsi Gabbard got in on the rebuttal to Harris.

“Sen. Harris, when you were in a position to make a difference and an impact in these people’s lives, you did not,” Gabbard said.