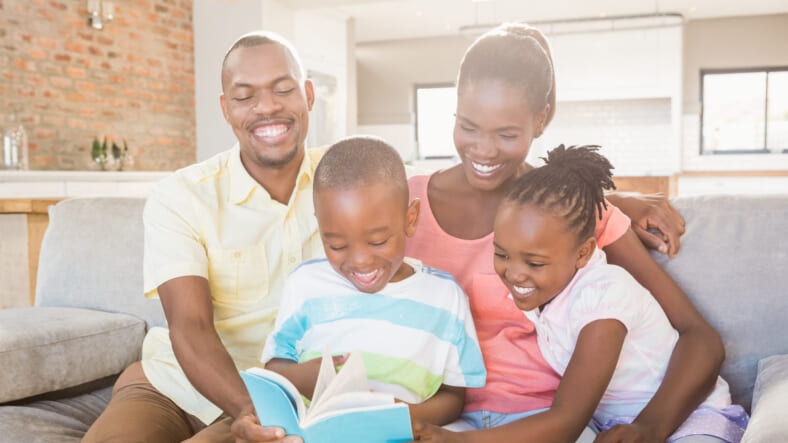 Every parent wants to see their children be as successful as possible, but kids don’t come with instruction manuals. That’s where Harvard faculty member Ronald Ferguson and acclaimed journalist Tatsha Robertson come in with their book The Formula: Unlocking the Secret to Raising Highly Successful Children.

After spending 15 years interviewing 200 a diverse crop of high-achieving adults and their parents, Ferguson and Robertson unearthed a pattern that they have turned into this guide to help parents of all races, classes, and economic backgrounds maximize their children’s potential.

Peppered with the biographical narratives of their study subjects, The Formula offers a meaty, but simple blueprint for putting the odds in favor of kids’ success inside and outside of the classroom.

The authors talked to theGrio about their findings, how they came to this field of study and how their work impacts the Black community.

TheGrio: What drew you both to studying how to raise successful children?

Tatsha Robertson: I think it’s important for young African American parents to know information that other people already know. Back when I was working for the Boston Globe, I would talk to academics all the time and I started talking to Ron a long time ago about how I was just fascinated by really smart people and I wondered how they got that way. In some cultures, education is extremely important and I thought if that could somehow carry over to other cultures, like Black and Hispanic cultures. I wrote about it and then I just continued on and I was thinking of ways to spread this information to that all these other parents. By 2014, I was thinking about a book and I told Ron  that I thought there was a pattern and it’s not about race. It’s not even about class, it’s about something else. And I didn’’t know what it was, but I wanted to find out. Ron had similar ideas from his research. And that’s how when Ron and I really started putting our heads together.

Ronald Ferguson: We did this project at Harvard called the How I Was Parented project. I was curious, what the commonalities might be, and the differences and how students that ended up at Harvard were parented. I wanted to know what good parents have to do with how they became the kind of learners they were, and more generally, the kind of people they were. We did that project. And I had thought that there might be pretty systematic differences by race, ethnicity, and socio economic background. When Tatshaa called me she was seeing there was something really in common across all these groups in her research and so, we decided to become collaborative investigators.


TheGrio: In the book, you  say that the concept of master parenting includes these eight roles that children should have throughout their lives. And you also say that master parenting transcends race, class and culture. But there are a number of single parents throughout the country and specifically in the Black community. How can a single parent with such few financial or even community resources take on a concept such as this?

Tatsha Robertson: We have to. There’s an example in the book of the single mother who lived in a homeless shelter with her children for a time. She didn’t have money, but she found resources, whether it was in church, whether it was talking to neighbors, or getting help in so many different places, she looked for the help. I think that it holds us back when we say “Well, a lot of African Americans don’t have the resources.” That is so true, but that shouldn’t prevent people from doing the things that they believe is needed for their child to succeed, and to be on the same playing field.

Ronald Ferguson: Usually, when people point out that folks are under hardship. I’m not clear what they want you to do with that fact. So okay, yeah, they are. So now what? They’re implying  that you shouldn’t share this kind of information with people who are struggling, because they can’t use it? Well, let’s share it and let them decide. We’re just going to arbitrarily decide not to share something with somebody just because we think they can’t use it? There are parents in these communities that are doing all they can do for their kids and the rest of us need to step up and make sure that the other resources and facilitators are in place so when parents like the ones we studied, reach out, there is a there’s a hand reaching back, to help them.

TheGrio: How did the parents of color  in your book handle the topic of racial identity with their kids?

Rondald Ferguson: All the people of color in our book  had a very strong racial/ethnic identity, and taught their kids what it meant to be who they were. We could go one by one to these families to talk about how racial socialization and identity work was an important part of what they did. And so this notion that there’s any trade off, that there’s any need to to sell out racially, in order to be highly successful?  We didn’t find even a hint of that.

TheGrio: How do you define what what it means to be a successful kid?

Tatsha Robertson: We have an equation for that.  the people in our book are smart, they have a sense of purpose, and they have of agency. That equals being fully realized. And that’s the type of people that master parents raise.

Ronald Ferguson: In the book, we talked about the holographic ideal that the parent has, this ephemeral image of the type of person they want the child to be. And they typically have been thinking about it and have that image in mind before the child is even born. It wasn’t necessarily the child’s profession or anything like that, it’s the qualities that they want the kids to have. So, these people who were cheating in the college scandal, they want to have a kid who had a certain credential, but they hadn’t done the work. They hadn’t started off with that image of their own holographic ideal and put in that work as the Early Learning partner. 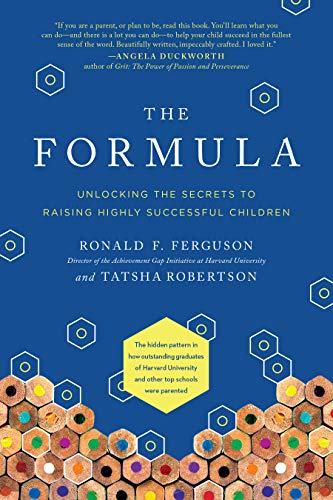 TheGrio: Not everyone chooses to attend a four-year college. Some go the route of certificans, trade schools, or jumping right into entrepreneurship. Does your formula work in those situations?

Ronald Ferguson: Yes, it does. We’re talking about helping people figure out this notion that everybody’s got their own Northstar. You  need to figure out what your story is, and go for it. It may require a four-year degree, it may require 12 years of college, but it also may require six weeks of training after high school. One of the things our parents do is to kind of lay out life’s menu. What are your options? What kinds of things could you be interested in? What kinds of people could you grow up to be? What are you good at and what do you want to be good at? Then allow the child to make choices. And sometimes that best self for this particular child is very idiosyncratic. It may not fit well with anybody else’s conception of what success is, but it fits that child.

For future reference, how can parents avoid that summer slump or brain drain that can occur during summer vacation?

Tatsha Robertson: Parents need to be strategic. If Black  kids are spending a lot of time in church during the summer, why not work with the churches? There’s a lot of teachers at churches, there could be tutorials or other programs that a parent could initiate. One mother from the book  would have mini-classes with her three kids in the home during the summer. They would read a book each week, or every two weeks, and then they would have to write a book report, And they loved it.

TheGrio: How do you see your  formula and tiger parenting interacting or differentiating from each other, especially for millennials who are now themselves parents?

Ronald Ferguson: For millennials, the big difference between tiger parenting and the parenting we talked about in the book is autonomy. It’s the tiger parents make a lot of decisions for their children, and also prevent their children from doing things that really build social skills and can be enriching. The parents in our book placed very few restrictions  and they try to ensure that the child is making informed decisions. But, they follow the child’s lead. The one thing that tiger parents and our parents master parents have in common is that once a child has started something and made an initial commitment, they’re not allowed to quit. The families in our book are very much living out that ethos of allowing their child to be self determined, but guided, whereas the tiger parent is more dictatorial.

The Formula: Unlocking the Secret to Raising Highly Successful Children is available on Amazon and at local bookstores and libraries.